Antarctica XXI has announced a new ship livery and updated corporate branding ahead of the delivery of the new Magellan Explorer, which will operate cruises for the brand starting in the 2019-2020 season in Antarctica.

The new livery, while still preliminary according to the company, shows off a dynamic blue hull with white highlights.

Antarctica XXI, which the company has been known as, is also poised to be adjusted to Antarctica 21, or A21.

With a different operational model than most of its peers, passengers are flown to King George Island, eliminating 50 hours of Drake Passage sailing.

It’s a competitive advantage, allowing for more time in Antarctica and less time in the potentially bumpy Drake.

Under construction in Chile, the 100-guest Magellen Explorer will join two other vessels in the company's unique deployment program. It is the first newbuild for the Chile-based cruise brand, as the other two ships, the Ocean Nova and Hebridean Sky are on charter agreements.

Antarctica21 has taken delivery of the new Magellan Explorer from ASENAV shipyard as the 4,900-ton expedition vessel is now poised to begin her season of f... 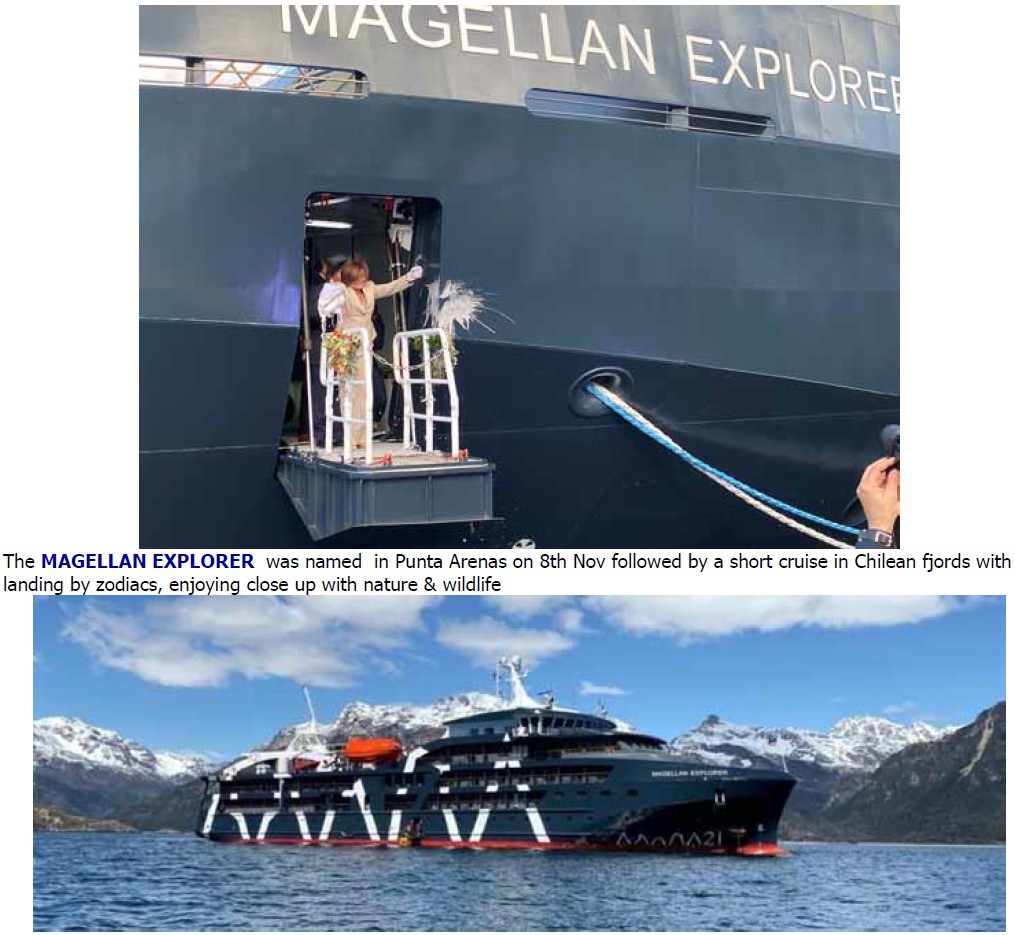