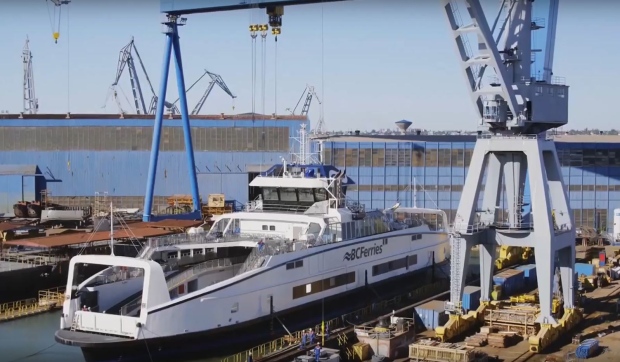 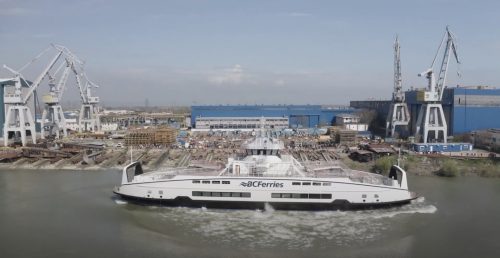 The final vessel of BC Ferries' current order of six Island Class battery-electric hybrid vessels has entered water at the shipyards in Romania.