Renaissance of the tractor tug

When I took over the role of editor of Tug Technology & Business in 2016, it seemed that every newbuilding tug on order had either an azimuth stern drive (ASD) propulsion system, was part of an articulated tug-barge (ATB) unit or was of a different design style, such as a Rotortug.

It seemed no one was building tractor tugs, which provide manoeuvring and docking traction for vessels lacking that ability.* They were out of fashion.

It seems some tug owners have reviewed their fleets looking at demands on harbour tugboats and realised they need to order new tractor tugs instead of ASDs to balance the fleet’s performance.

Sanmar projects director Ali Gurun acknowledged the trend at this year's British Tugowners Association conference in April in Liverpool. He said Sanmar built 19 ASD tugs in 2016 and 21 in 2017, but just one tractor-type. In 2018, the business built 13 ASDs and five tractor tugs. It has orders to build at least another four tractor tugs this year, including two for Bukser og Berging in Norway, one for Rimorchiatori Riuniti in Italy and another for an unnamed owner.

Mr Gurun indicated there had been a renaissance in tractor tug newbuilding orders because owners want to see benefits in power and performance. That is not to say that these features do not accompany other tug designs, but the tractor tug has advantages over other tugs in certain harbour conditions.

According to Peel Ports, tractor-type tugs have rapid response times due to the fast pitch changing of the blades and “are excellent for dangerous operations”.**

In conclusion, there has been a turnaround in tractor tug orders, and I cannot see a course reversal any time soon.

As owners make commercial decisions based on forecasts of future harbour and coastal towage requirements, some will see the need and place orders for tractor tugs, as well as other types of tug, keeping builders and designers busy into the next decade. 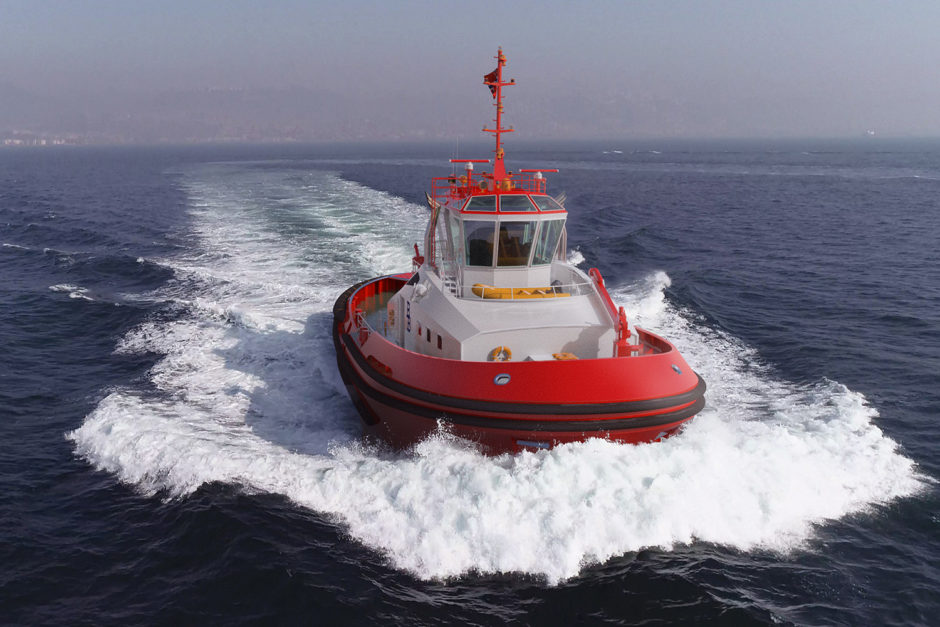