Flensburg, 31 July 2020; Several businesses belonging to Tennor Holding are taking on 350 employees from the Flensburger Schiffbau-Gesellschaft (Flensburg shipbuilding company, FSG), including all 31 trainees and 9 students, in a combined work-study programme, as well as shipyard business assets, in the scope of a transferred reorganisation (in line with German insolvency law). The contract of sale has been notarised and the parties involved have agreed not to disclose the sale price. With that, Tennor Holding founder Lars Windhorst is honouring his promise to stand by the FSG, following its application for insolvency. The execution of the contract is still subject to the payment of the sale price and the entry of those employees whose jobs regrettably could not be retained into the newly established transfer company. The date for the planned execution of the contract is 1 September 2020.

Lars Windhorst, founder of Tennor Holding, explains: “In these difficult times, when there is a lot of upheavel, it is important for me to stand by the FSG and its employees. Unfortunately, it is not possible to retain all jobs at the FSG. But I fundamentally believe in the future of the company, and that is why I am backing the company again, along with Tennor. A difficult restructuring process lies ahead of us. If all those involved stand together, we will get through it.”
For Martin Hammer, founder of the consultancy enomyc which specialises in restructuring, and Managing Director of the FSG, the focus is now on creating a detailed plan for the future of the shipyard: “On the one hand, we are disheartened that 300 colleagues will have to move into a transfer company on 1 August. However, we are also pleased that 350 colleagues can continue working at the shipyard. We are looking towards the future and will do everything to ensure that the process of building the two ro-ro ships commissioned by Tennor is successful and to win further bids for the shipyard. The signs from the industry are positive, because the shipping companies are aware of the high quality of our ships. We can also envisage completing projects with Pella Sietas in the future.”

Stefan Denkhaus, General Authorized Representative of the FSG, says: “During the four months of the preliminary self-administration process, we have intensively cultivated the market. It is clear that Germany’s shipbuilding industry is in turmoil: in future, there will be greater cooperation between shipyards, for the purposes of pooling resources. Right now it is important to ensure the shipyard’s finances are sound and to acquire new contracts, thereby enabling FSG to help shape this radically changing market.”

Dr Christoph Morgen, specialist and expert in insolvency law, has been appointed provisional trustee by the Flensburg district court. He is supervising and assisting the FSG throughout the self-administration process and says: “It is good that the shipyard is being modernised and will continue operating. What’s crucial now is that the newly announced contracts are promptly awarded and that financing for construction of the ships is secured. There is still some work to be done before the contract closing date, which is scheduled for 1 September 2020.” The opening of the insolvency proceedings at the Flensburg district court is planned for 1 August 2020.

Thomas Jansen, Chairman of the FSG Works Council, explains: “Colleagues at the FSG have proven that they will continue to stand by their shipyard during difficult times. We have designed, planned and built fantastic ships. And we will demonstrate these capabilities again in the future. Thanks to the two ships commissioned by Mr Windhorst, this comparatively small shipyard can continue operating in the short term. We need additional contracts and to find work quickly for our staff. To this end, I am asking Mr Siem if the ship currently at our pier, newbuilding 774, can be completed in Flensburg. Then additional colleagues from the vital transfer company can be re-employed by FSG.”
“Over the last five days many unexpected things have taken place: Mr Windhorst is due to commission two ships in the near future. This concept will ensure a transfer of undertakings to the newly organized FSG that is in keeping with all collective bargaining conditions. The new FSG can finally get down to the business of shipbuilding again, which is essential for the future of the shipyard. We have negotiated a properly funded transfer company, which is no simple matter during insolvency. With new contracts, these colleagues have a real chance of returning to work at the shipyard. It is also a huge success that we have managed to retain all of our trainees at the shipyard,” says Michael Schmidt, First Representative of IG Metall Flensburg.

To get a better understanding of the FSG’s situation and the concept proposed by the investors , Schleswig-Holstein’s Minister for Economic Affairs, Dr Bernd Buchholz visited the shipyard today. His assessment: “The FSG is one of the biggest industrial employers in northern Schleswig-Holstein and as such is very important to the state. The renewed acquisition of the FSG by Lars Windhorst, coupled with his commissions, would give the FSG time to adjust its strategy. Of course, it is a tough blow for those employees whose jobs could not be saved. In light of this it is all the more important that an adequately resourced transfer company is established. The retention of all the trainees at the shipyard is also an important sign.” 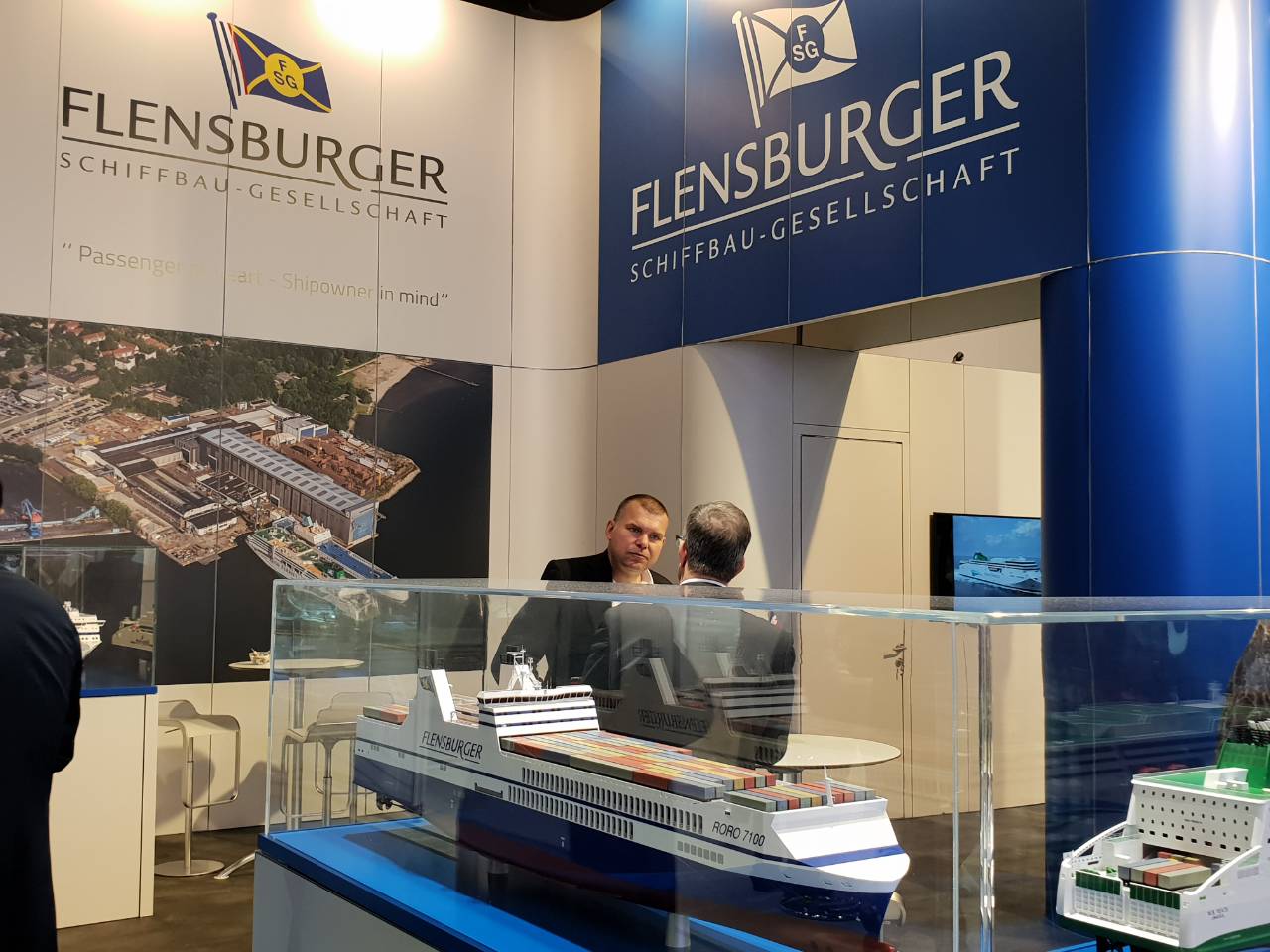 Over 350 employees of Germany's Flensburger Schiffbau-Gesellschaft (FSG) as well as business assets of the struggling shipyard have been taken over by several companies belonging to investment company Tennor Holding.