"Likely the three Tor Viking -class icebreakers designed by @ILS_Oy in Finland and built in Norway in 2000-01. Congratulations to @chantierdavie for the conversion project!"

The Liberal government has concluded a deal with a Quebec shipyard to purchase three medium icebreakers to relieve pressure on the Canadian Coast Guard's aging fleet.

The agreement struck with Chantier Davie of Levis, Que., which operates the Davie shipyard, was announced Friday in a release by Public Services and Procurement Canada.

No dollar figure was included in the statement, but sources close to the negotiations said that between the purchase and modification phase, the agreement could be worth just under $500 million.

Negotiations to acquire the vessels were launched in January after Prime Minister Justin Trudeau abruptly announced the plan in a Radio-Canada interview.

There has been growing concern in Quebec about both the shipyard — and its workforce of roughly 1,300 — and the coast guard's ability to break ice in the St. Lawrence River.

What the federal government signalled Friday was its intention to award the contact to Davie.

Competing shipyards will have two weeks to challenge that decision and demonstrate they can deliver ships with similar — or better — capabilities.

The deal that was struck involves a straight-up purchase of three icebreakers, with the Davie yard set to complete a series of modifications, said sources.

A spokesman for Public Services and Procurement Canada said no price tag was included with the announcement because the contract has yet to be negotiated.

In an interview with CBC News, Alex Vicefield, CEO of Inocea Group — the company that owns the Davie yard — said he wouldn't speculate on how much the deal will cost taxpayers.

"It's too early to say simply because we do not know the final specifications," said Vicefield, referring to the modifications his company will be asked to perform on the ships. "There's a lot engineering to go into this initially."

JULY 22, 2018 — On behalf of the Canadian Coast Guard, Public Services and Procurement Canada has issued an Advanced Contract Award Notice (ACAN) to shipbuilder Chantier Davie of Lévis, Quebec, for the acquisition and conversion of three medium commercial icebreakers. This ensures a fair, competitive process allowing any supplier with a comparable option to also submit a proposal before a contract is awarded.
The ACAN confirms Canada's intention to enter into a contract with Chantier Davie. Other interested suppliers have 15 calendar days to signal their interest in bidding for this contract, by submitting a "statement of capabilities" that meets the requirements laid out in the ACAN.
These ships would provide interim capability for the Canadian Coast Guard, while replacement vessels are being built under the National Shipbuilding Strategy. Icebreakers are essential to ensuring that Canadian ports remain open during Canada's ice seasons, ensuring goods such as fresh produce and fuel are delivered safely.
According to Public Services and Procurement Canada, the acquisition will consist of purchasing a class of three existing Anchor Handling Tug Supply icebreakers.
These ships will be used to backfill for Canadian Coast Guard vessels while they are undergoing maintenance, refit and vessel life extension.
These ships will conduct critical icebreaking duties for the Southern wintertime program and are to be deployed as needed in support of Arctic summertime programs.
The first ship will be put to immediate use for icebreaking during the upcoming 2018-2019 season.
Buoyed by the success of Project Resolve, under which it converted a containership into what is now the Naval Support Ship Asterix, Davie has been pushing the replacement icebreaker project under the name Project Resolute for some time.
Asterix is is leased to the Canadian Government through Davie's sister company Federal Fleet Services and has now entered full operational service with the Royal Canadian Navy (RCN) and Royal Canadian Air Force (RCAF).
Project Resolute proposed using the same leasing model for four icebreakers, including a polar icebreaker. The candidate ship for that conversion was Edison Chouest Offshore's Aiviq.
Today's Canadian Government announcement, however, makes no mention of Federal Fleet Services or leasing, and focuses only on the three medium icebreakers offered under Project Resolute. The three candidate ships proposed by Project Resolute for this role are the Viking Supply Ships AB vessels Tor Viking II, Balder Viking and Vidar Viking.

Pity they aren't taking the AIVIQ as well...

Staff member
Three polar icebreakers arrive at Davie to be refitted and upgraded for use by the Canadian Coast Guard. This interim solution will solve the icebreaker shortage and ensure the protection of the economy, environment and safety of life at sea until new icebreakers can be built. 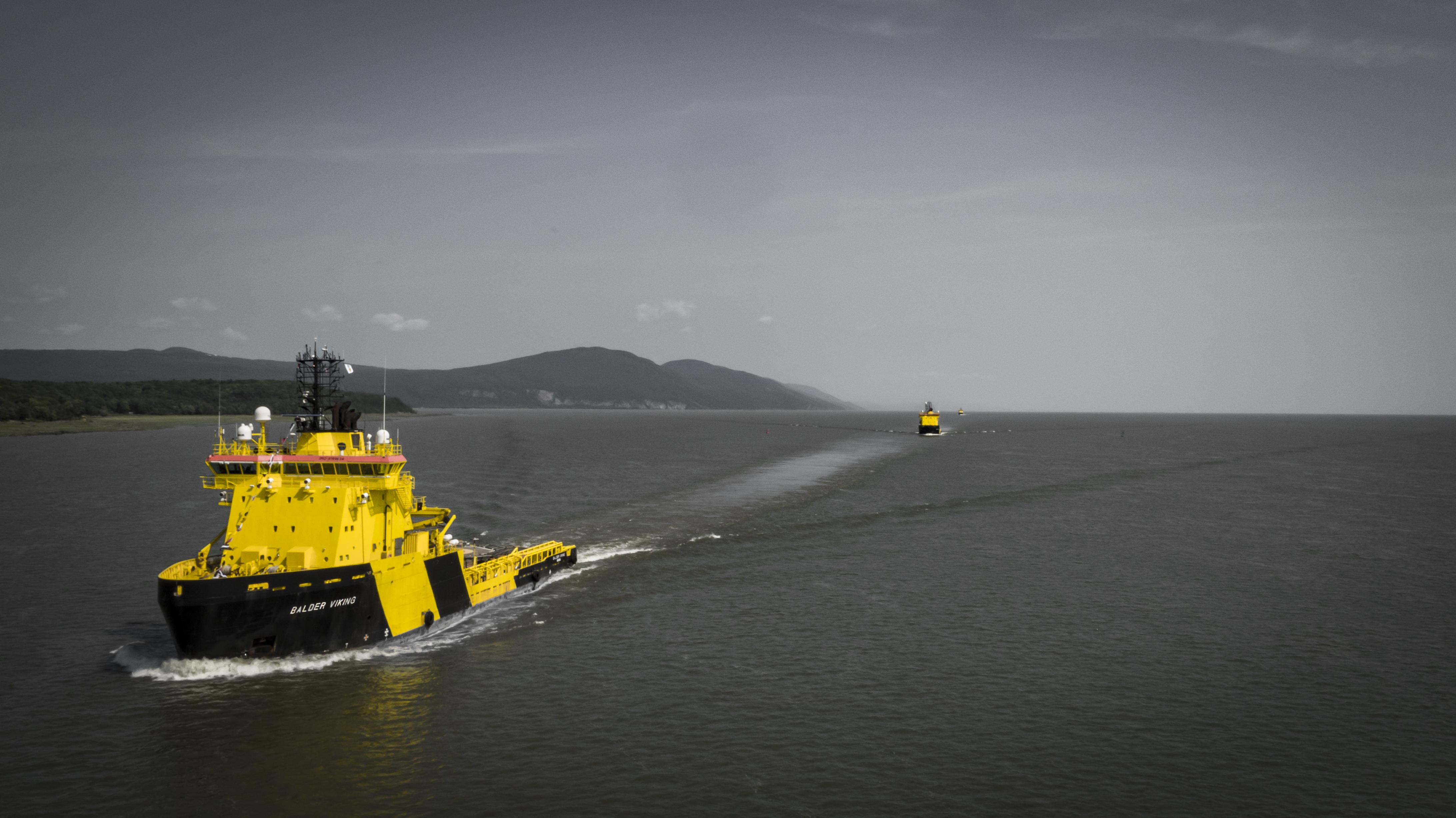 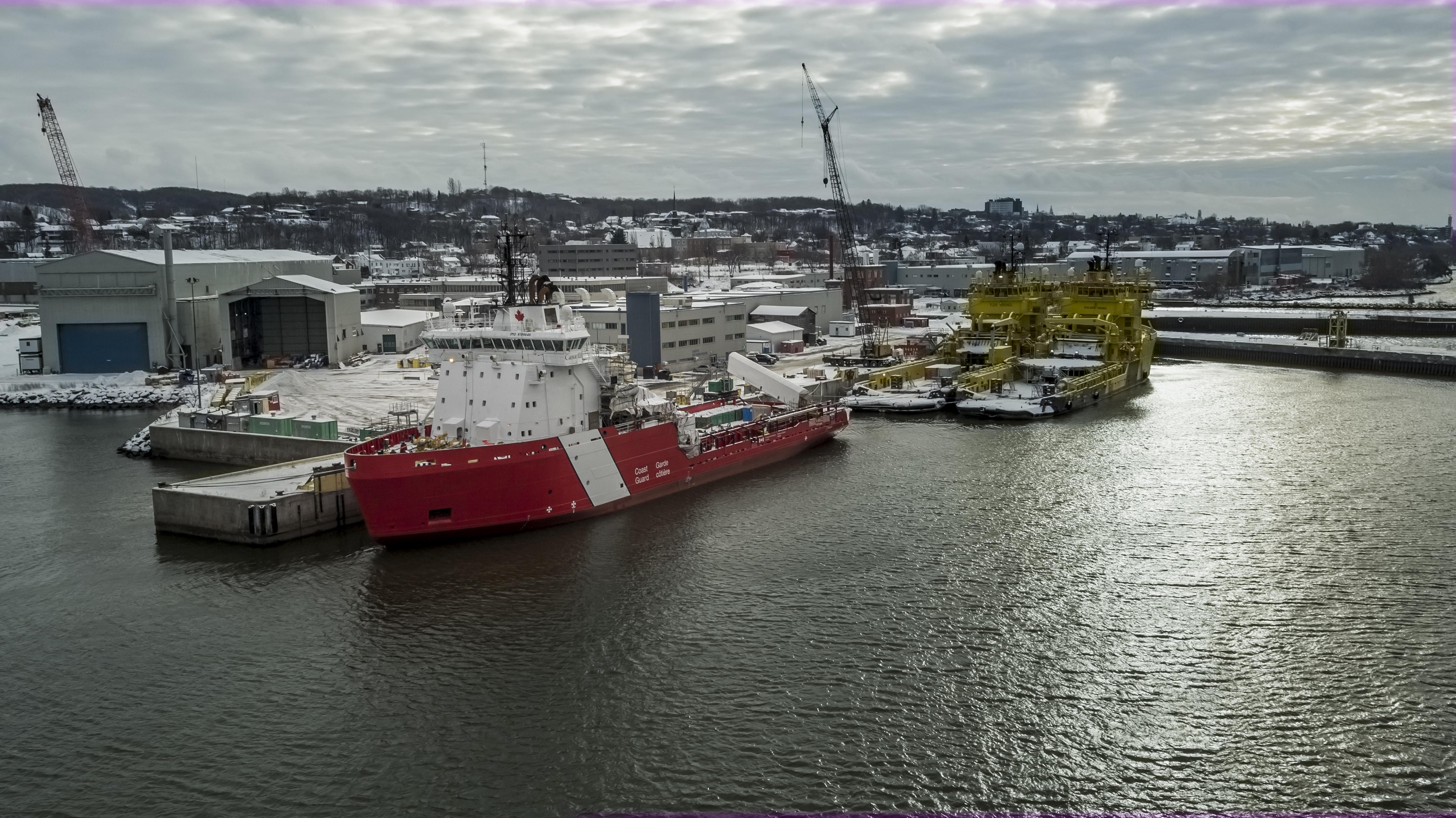