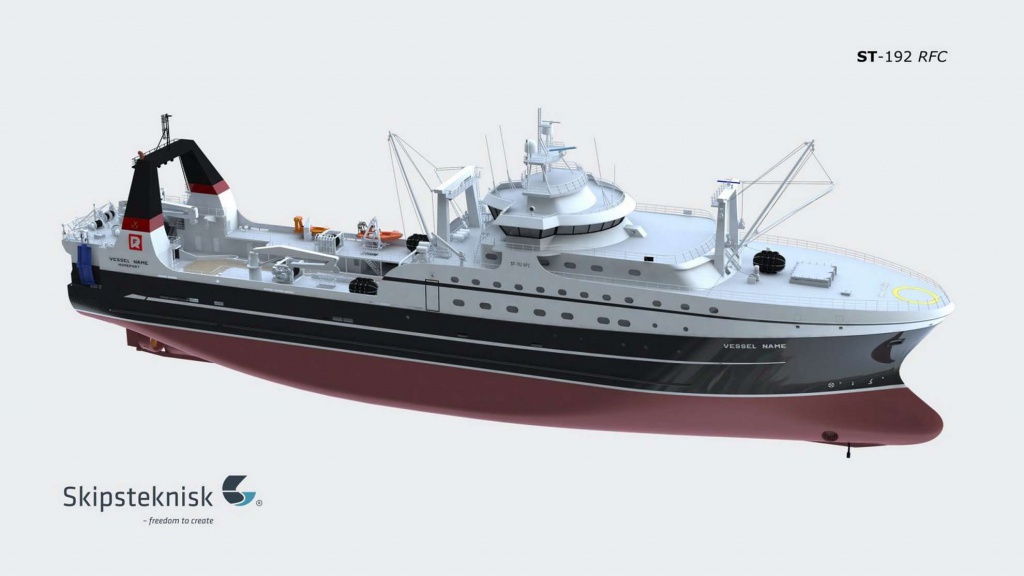 BRUSSELS, Belgium -- Russian Fishery Company (RFC) plans to be a major surimi producer by 2024 as part of its fleet overall, its CEO told Undercurrent News.

RFC’s fleet of seven new “super-trawlers” will be able to produce up to 85 metric tons of pollock fillets, 80t of pollock surimi, 50t of mince, 60t of herring fillets and process 250t of raw material into fishmeal every day, said Andrey Teterkin, RFC’s CEO, during the Brussels seafood show.

The company plans to commission the first 108-meter vessel in 2020, then two more in 2021, 2022 and 2023. The first was to be built in Spain, at Metalships & Docks in Vigo. However, a company spokesman told Undercurrent this plan has now changed and the trawler will be built at another yard outside the country. He was unable to provide more information on which yard, however. This will mean the company will not get investment quotas for the vessel. The remaining six vessels are to be built in Russia, meaning they will be eligible for additional quotas.

“The key is flexibility,” Teterkin told Undercurrent, of the planned product mix. “We promised three or four years ago to change the face and the nature of the Russian fishing industry. We are gradually moving in that direction, with the help of the government, who was smart enough to offer this very good incentive, with the investment quota program. It’s changing the dynamics in the industry.” 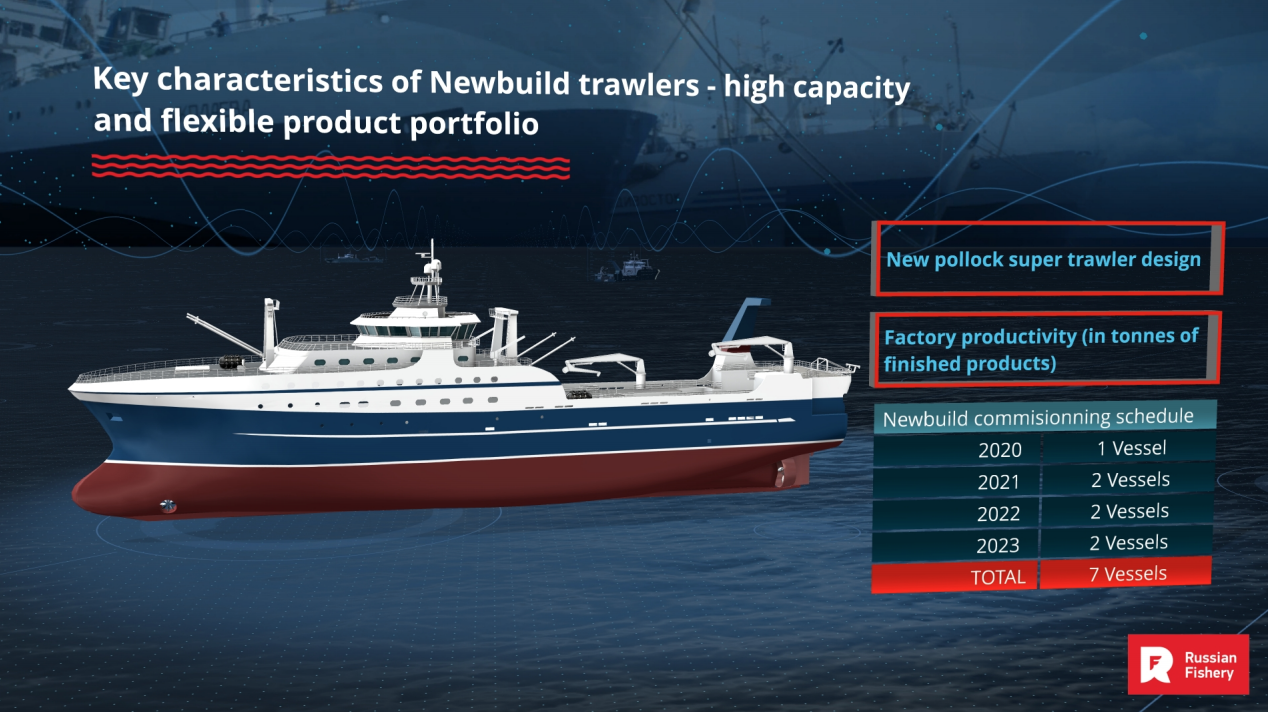 Staff member
According to this article, ten vessels is now on order where the first one will be named "Kapitan Vdovichenko" and second one "Mekhanik Maslak"

The first of a series of ten ST-192 trawlers for the Russian Fishery Company has been launched at the Admiralty Shipyard in St Petersburg.

Built to an ST-192 design, Kapitan Vdovichenko is due for completion in April 2021. Image: United Shipbuilding Corporation
The new trawler’s keel was laid in January last year and is due to be delivered in April next year. The second in the series, Mekanik Maslak, is following close behind with equipment being installed on board, while sections for the third and fourth in the series are being assembled at the shipyard.

The new trawlers are expected to operate on Alaska pollock and herring in the Bering and Okhotsk Seas, with facilities on board for frozen production, as well as fishmeal and fish oil, caviar and minced fish. Projected processing capacities are for 60-80 tonnes of fillets or 80 tonnes of surimi per day, as well as 250 tonnes of fish meal. The design is for a 5500 cubic metre hold, accommodation for a crew of up to 139, and a fuel capacity to keep the ship at sea for 45 days.

‘Today we launched the first large freezer trawler of the series for the Russian Fishery Company,’ Alexander Buzakov said, commenting that the first vessel in a series is always a challenge, especially when the design is still under development.

‘We can say that the Admiralty Shipyards passed its first tests on quality and meeting deadlines. We can assure the customer that construction will continue at the same pace.’

He commented that the series for the Russian Fishery Company, plus other fishing vessels the yard has under construction, have served to help the yard meet its plans to diversify, with 30% of activity now in the civil sector.

‘The launch of the first of ten supertrawlers for the Russian Fishery Company is evidence of the effectiveness of the incentive provided by the investment quota programme, as well as today’s opportunities and the positive future of domestic civil shipbuilding,’ said Dmitry Sapov.

‘The launch of the lead vessel in the series went ahead according to schedule, and we expect that the entire series will be completed on time. It is very important that Russian shipbuilding has received a powerful boost for long-term development. For the first time in a long time, Russian shipyards are secure with orders for several years to come.’