Three Malaysian companies have reportedly signed a memorandum of understanding (MoU) that would see the first LNG-powered ship built and operating in Malaysian waters by the end of 2020.

The contract for a dual-fuel platform support vessel (PSV) is estimated to be worth US$45M, according to multiple reports in Malaysian publications from an MoU signing ceremony between Synergy Marine ship operators, designers MCTMS and Shin Yang Shipyard.

In a speech at the event, Synergy Marine’s managing director Dato’ Roslan Ahmad reportedly said the move to build an LNG-fuelled vessel was driven by environmental concerns.

With the company active in offshore oil and gas, Mr Ahmad cited the recent recovery of oil prices as a precursor to increased activity in the sector and said the move was intended to position the company as a preferred provider in offshore exploration because of its ‘high business ethics’.

The vessel’s keel laying will be in January 2019 and it is expected to be delivered in Q4 2020. Upon completion, the vessel will be open for charter on the global market, according to reports. 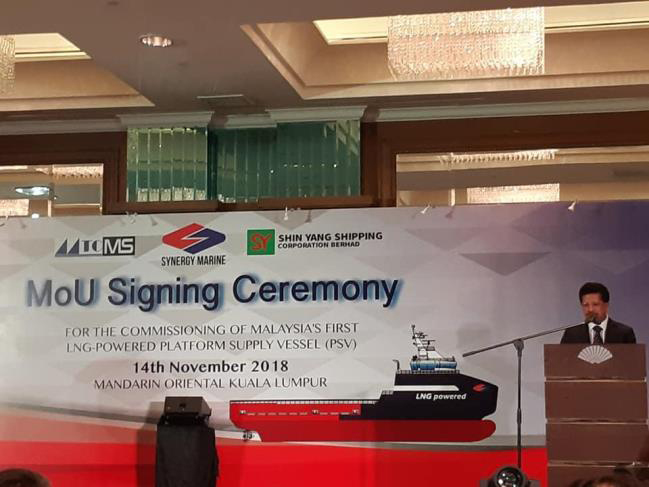