It will be the sixth ocean vessel for Viking

Trieste, May 10, 2018 – “Viking Jupiter”, the sixth ocean cruise ship which Fincantieri is building for Viking, was floated out today at the shipyard in Ancona. Interior fittings will now begin, leading the vessel to its delivery, scheduled in 2019.

The float out was introduced by the traditional and well-wishing “coin ceremony”, consisting, according to an ancient maritime tradition, in welding a silver dollar on the top deck of the ship. Godmother of the ceremony was Sissel Kyrkjebø, the accomplished Norwegian singer.

The ceremony was attended for the shipowner by Torstein Hagen, Chairman of Viking, while Fincantieri was represented by Giovanni Stecconi, director of the shipyard.

The unit will be placed in the small cruise ship segment. As its sister ships, it will have a gross tonnage of about 47,800 tons, 465 cabins with accommodation for 930 passengers.

The Viking units are all built according to the latest navigation regulations and equipped with the most modern safety systems, including the “Safe return to port”. Furthermore, they feature the most advanced technologies for energy saving and for meeting the strictest environmental regulations with energy-efficient engines and an exhaust gas cleaning system.

The first of the series, “Viking Star”, has been built at the shipyard in Marghera and delivered in 2015. The other units, “Viking Sea”, “Viking Sky” and “Viking Sun”, which joined the shipowner’s fleet in 2016 and 2017, were all built at the Ancona yard, as the fifth ship, “Viking Orion”, which will be completed within the next few weeks. Other 10 units, including the one launched today, will take to the sea from the Group’s Italian yards between 2019 and 2027, while recently Fincantieri’s subsidiary, VARD, signed a letter of intent for the design and construction of two special cruise vessels to be built in its Norwegian yards, thus witnessing the bond of trust between the Fincantieri Group and the shipowner.

Fincantieri has built 82 cruise ships from 1990 to today (59 from 2002), while other 44 are currently being designed or built in the Group’s yards.

Los Angeles (May 10, 2018) – Viking® ( www.vikingcruises.com) today announced its sixth ship – the 930-guest Viking Jupiter® – was “floated out,” marking a major construction milestone and the first time that the new ship touched water. Scheduled for delivery in early 2019, the arrival of Viking Jupiter will officially make Viking the largest small ship ocean cruise line in the industry, only four years after launching its ocean business. Named in honor of the planet Jupiter, the ship will spend her maiden season sailing itineraries in the Mediterranean and Northern Europe.

“It is always a proud moment when a new ship touches water for the first time and is one step closer to welcoming guests onboard,” said Torstein Hagen, Chairman of Viking. “As a Norwegian native, I am also particularly proud to announce today Sissel Kyrkjebø, my mother’s favorite singer and a longtime Viking partner, will be honored as godmother to Viking Jupiter and will preside over the ship’s naming ceremony in Oslo, Norway in June 2019.”

The traditional float out ceremony took place at the Fincantieri’s Ancona shipyard and is significant because it denotes a ship moving into its final stage of construction. Viking Jupiter’s float out began at approximately 11:30 a.m. local time and in keeping with maritime tradition, a madrina – a special woman of honor – assisted with the ceremony, first welding commemorative coins under the ship mast. Norwegian singer Sissel Kyrkjebø, who is widely considered one of the world’s top crossover sopranos and who has long been a cultural partner to Viking, served as Viking Jupiter’s madrina. She welded a commemorative coin representing her birth year, as well as the birth years for Chairman Hagen (1943) and Finse (2012), Hagen’s “grand dog.” A special coin, dated 1911, was also welded to represent Ragnhild “Mamsen” Hagen, the mother of Chairman Hagen and the woman after whom the onboard Norwegian deli Mamsen’s is named. Kyrkjebø then cut a cord to allow water to begin flowing into the ship’s building dock. Following a two-day process that will set Viking Jupiter afloat, the ship will then be moved to a nearby outfitting dock for final construction and interior build-out.

Viking Jupiter
Viking’s ocean ships have a gross tonnage of 47,800 tons, have 465 staterooms and host 930 guests. Classified by Cruise Critic® as a “small ship,” the all-veranda Viking Jupiter will join Viking’s award-winning ocean fleet, which also includes Viking Star® , Viking Sea® , Viking Sky® and Viking Sun® . Viking will welcome its fifth ship, Viking Orion® , to the fleet in June 2018. Ten additional ships are also planned for delivery starting in 2021, which could bring Viking’s ocean fleet to 16 ships by 2027.

The Viking Difference
Designed for discerning travelers with interests in history, art, music and cuisine, Chairman Torstein Hagen often says Viking offers guests “the thinking person’s cruise” as an alternative to mainstream cruises. Ships are small to get guests closer to their destination, with more time in port and more overnights. On board, guests find serene Scandinavian spaces, where every room is both beautiful and functional, quiet and filled with light. With the most al fresco dining opportunities at sea, featuring regional cuisines and always-available American classics, Viking’s guests can truly dine in their destination. A focus on cultural enrichment brings immersive experiences ashore and on board. And only The Viking Way of Exploration provides guests with itineraries that feature Local Life, Working World and Privileged Access experiences.

In addition, Viking offers the best value at sea, with each cruise fare including much more than what competitors offer—an included value of more than $200 per person per day for an average cruise. Every cruise fare includes an exterior stateroom, a complimentary shore excursion in each port of call, all onboard meals, and all port charges and government taxes. Guests also enjoy many complimentary amenities as part of their fare, including: beer and wine with lunch and dinner service; alternative restaurant dining; Wi-Fi; self-service laundry; access to the Thermal Suite in the LivNordic Spa; and 24-hour room service. 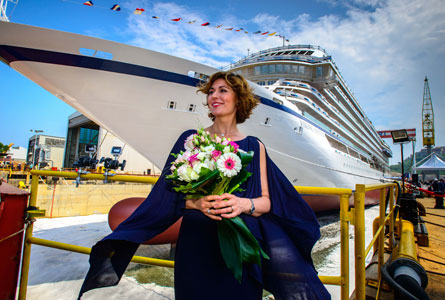 Trieste, February 7, 2019 – “Viking Jupiter”, the sixth cruise ship which Fincantieri built for Viking, has been delivered today at the shipyard in Ancona.

“Viking Jupiter”, as its sister ships, belongs to the small cruise ship segment; with a gross tonnage of about 47,800 tons, it has 465 cabins with accommodation for 930 passengers.

The ship has been designed by experienced naval architects and engineers, including an interior design team of London-based SMC Design, and Los Angeles-based Rottet Studios, who gave the “Viking Jupiter” a modern design of Scandinavian inspiration, characterized by sophisticated yet functional elegance. In addition to the all-veranda staterooms, the ship also features spacious suites with sweeping views, two pools, of which one Infinity Pool off the stern, and a Spa designed according to the wellness philosophy of the Scandinavian tradition, with a sauna and a snow grotto.

The Viking units are all built according to the latest navigation regulations and equipped with the most modern safety systems, including the “Safe return to port”. Furthermore, they feature high-efficiency engines, hydro-dynamics and hull optimized for maximum fuel efficiency and equipment that minimizes exhaust pollution and meets the strictest environmental regulations.

Fincantieri started its partnership with Viking in 2012, trusting the shipowner which was entering the ocean cruise market as a startup. Today, the cooperation, which first began with an order of two ships, has reached a total of 16 units. This is an all-time record, the largest number of ships built by a shipyard for one sole shipowner.

The first of the series, “Viking Star”, has been built at the shipyard in Marghera and delivered in 2015. The other units, “Viking Sea”, “Viking Sky”, “Viking Sun”, and “Viking Orion”, handed over in 2016, 2017 and 2018, were all built at the Ancona yard, as well as “Viking Jupiter”, which joined the shipowner’s fleet just today. Other 10 units, options included, for Viking Cruises will take to the sea from the Group’s Italian yards between 2021 and 2027. Furthermore, Vard, together with Fincantieri, is also specializing in the construction of expedition vessels. In this context, the company has acquired the order from Viking for 2 special cruise ships which will be built in the Group’s yards. 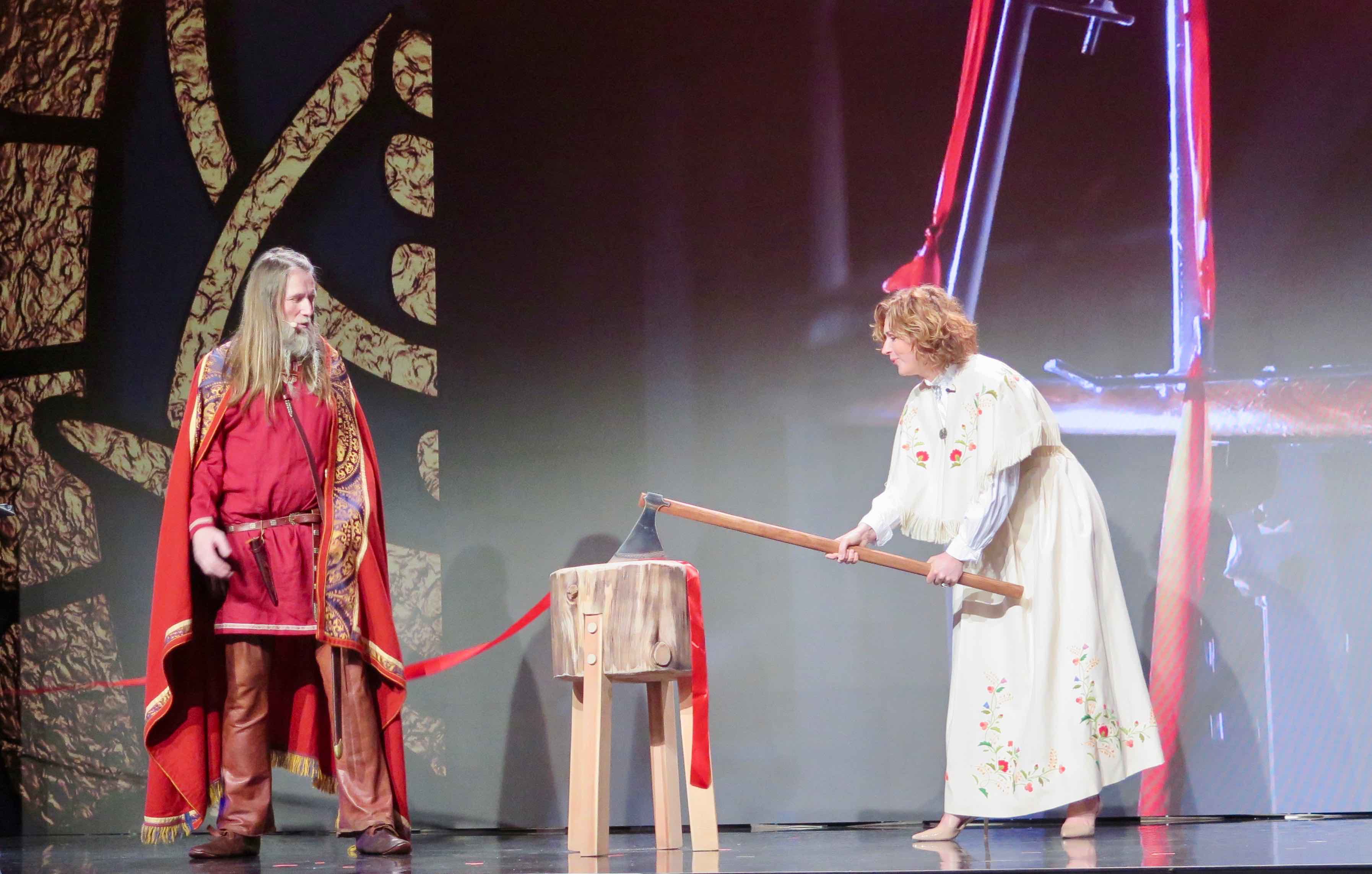