According to the agreement, inked on June 27, the new vessels would be operated in high latitude areas both in the Arctic and Antarctic waters, as well as in the tropical waters during the spring and autumn seasons.

The parties unveiled that the design work for the project already started at Helsinki Shipyard Oy, with the first ship scheduled for delivery in August 2021 and the second in January 2022.

To feature a length of about 110 meters and a breadth of 20 meters, the units will have an ice class PC6. They will be capable of accommodating 148 passengers and up to 110 crew members.

The shipyard was acquired by Algador Holdings Ltd in a transaction that finalized on May 20.

“Under the new owners Helsinki shipyard can concentrate on its core expertise, which are strong ice-class vessels and cruise ships,” Victor Olerskiy, the Chairman of the Board of the Helsinki Shipyard Oy, said in May.

Algador Holdings is owned by Rishat Bagautdinov and Vladimir Kasyanenko, whose companies operate international shipping and shipbuilding businesses, including Vodohod.

The equipment purchases for projects NB 516-517 have been started by Helsinki shipyard.

Helsinki Shipyard Inc. is currently working on the project of two Luxury Expedition Vessels. The vessels are intended to operate both in the Arctic and Antarctic waters as well as in the tropical waters during the Spring and Autumn seasons.

The project moves forward according to the plan and the shipyard already started the purchasing process of the equipment and materials.

The production of the first vessel of the two luxury expedition cruise vessels ordered from Helsinki Shipyard Oy started today 27.4. Steel cutting started in safe conditions and as scheduled despite the global situation clouded by the COVID-19 pandemic.

“These two vessels are the first newbuildings of the shipyard that was established in May 2019 and thus they are a very important head start for us. The project progresses according to plan in good cooperation with the Customer”, says Carl-Gustaf Rotkirch, CEO.

These luxury expedition cruise vessels which were ordered from the Helsinki shipyard in the summer 2019 are intended to operate both in the Arctic and Antarctic waters during winter and summer, as well as in the tropical waters during the spring and autumn seasons.

The steel blocks for the vessels are manufactured by the shipyard of Western Baltija Shipbuilding in Klaipeda, Lithuania. A total of 33 outfitted and painted blocks will arrive to us from Klaipeda. The blocks will be transported to Helsinki by sea. ”The shipyard of Western Baltija Shipbuilding is an important partner for us. We have cooperated with them already in several projects”, comments project manager Jonas Packalén. The production at Helsinki Shipyard will start in August, and the hull construction will begin with keel laying in September 2020.”. The start of production was preceded by basic and detail design phases, and procurement has also progressed well.”, added Packalén.

I see a vague resemblance in the superstructure with the HONDIUS of Oceanwide, built by Brodosplit. Same designers involved?
L

rd77 said:
I see a vague resemblance in the superstructure with the HONDIUS of Oceanwide, built by Brodosplit. Same designers involved?
Click to expand...

Swan Hellenic to relaunch with new expedition ship in 2021

British-born expedition cruise line Swan Hellenic is set to return to the cruise industry with two newbuild expedition vessels in 2021.

The company, which first set sail 70 years ago and was acquired by G Adventures in 2017, has been purchased by a new consortium and will relaunch with offices in Germany, Monaco and the UK. The new senior management team has more than 100 years of collective cruise industry experience working for brands such as Royal Caribbean, MSC Cruises, Silversea Cruises and V. Ships.

“I am proud to announce the rebirth of Swan Hellenic a pioneering iconic travel brand with the mission to be the leader in cultural expedition cruising,” said Andrea Zito, CEO of Swan Hellenic. “The new Swan Hellenic retains its British heritage whilst being international in outlook. Aimed at the traveller, who wishes to explore, experience and enrich the infinite beauty of the world and its inhabitants in a safe and sustainable way.”

Swan Hellenic will debut two new expedition ships, both of which will be built at Finland’s Helsinki shipyard and accommodate 152 guests and 120 crew members. The first vessel will sail in Antarctica in November 2021 and the second will start service in April 2022.

“Over the course of the next few weeks and months we’ll be releasing more information about a number of exciting developments from Swan Hellenic,” said Zito. “We are back and we’re bigger and bolder than ever

"The first ship will be named in London in November 2021, before setting sail for Antarctica. The second will sail in April 2022 from St Petersburg en route to the British Isles and Iceland, before venturing into the Arctic summer of 2022" 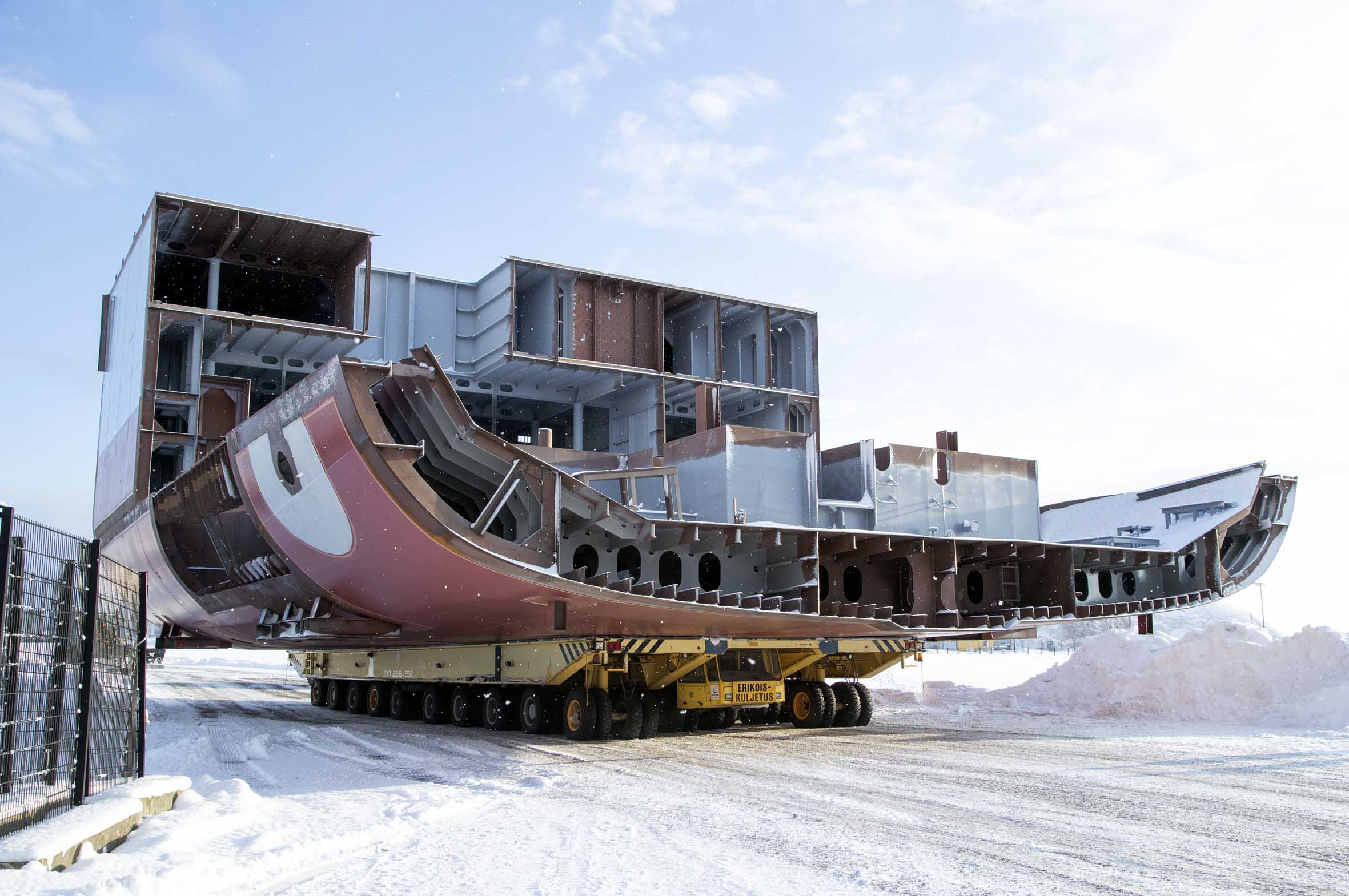 Helsinki Shipyard is currently building a three-ship series for the cruise shipping company Swan Hellenic. The first ship in the series got water under its keel on Wednesday, 23 June. At the same time, the hull of the second ship, which already has a ship shape, was floated in the dry dock. The...