Helsinki Shipyard has delivered the first of three Vega-class ships under construction in Helsinki for Swan Hellenic’s heritage brand. The vessel, named SH Minerva, will start the cruise operations of the iconic Swan Hellenic shipping company and December 3 she left Helsinki towards Ushuaia...

I have contacted SH and was told that the process was a mere "necessary procedure", in fact they have already bought the vessels.

Helsinki Shipyard Oy, having received bids for the auction of the NB 517 announces that Swan Hellenic has been awarded the tender.

Helsinki Shipyard has exercised the right to sell the ship by tender, envisaged by the shipbuilding contract, after original buyer failed to take the delivery of the ship. The auction that ended at midnight on Friday, June 24, was satisfactory for Helsinki Shipyard, which analysed the bids and declared Swan Hellenic the winner.

The ship as anticipated will be delivered to Swan Hellenic as soon as all registry formalities in Bahamas will be completed and Swan Hellenic becomes the sole owner of SH Vega.

The vessel will start operating on the Arctic as scheduled in the second half of July.

Simo Rastas, Helsinki Shipyard’s acting CEO says: “The shipyard is satisfied that bids were received and the auction was carried out efficiently on schedule.”

The second of three Vega-class ships under construction in Helsinki for Swan Hellenic’s heritage brand was named at Helsinki Shipyard. The naming ceremony was held on Monday July 11 with Mrs. Patrizia Passalacqua as the godmother of the vessel. The event was attended by 100 invitees consisting... 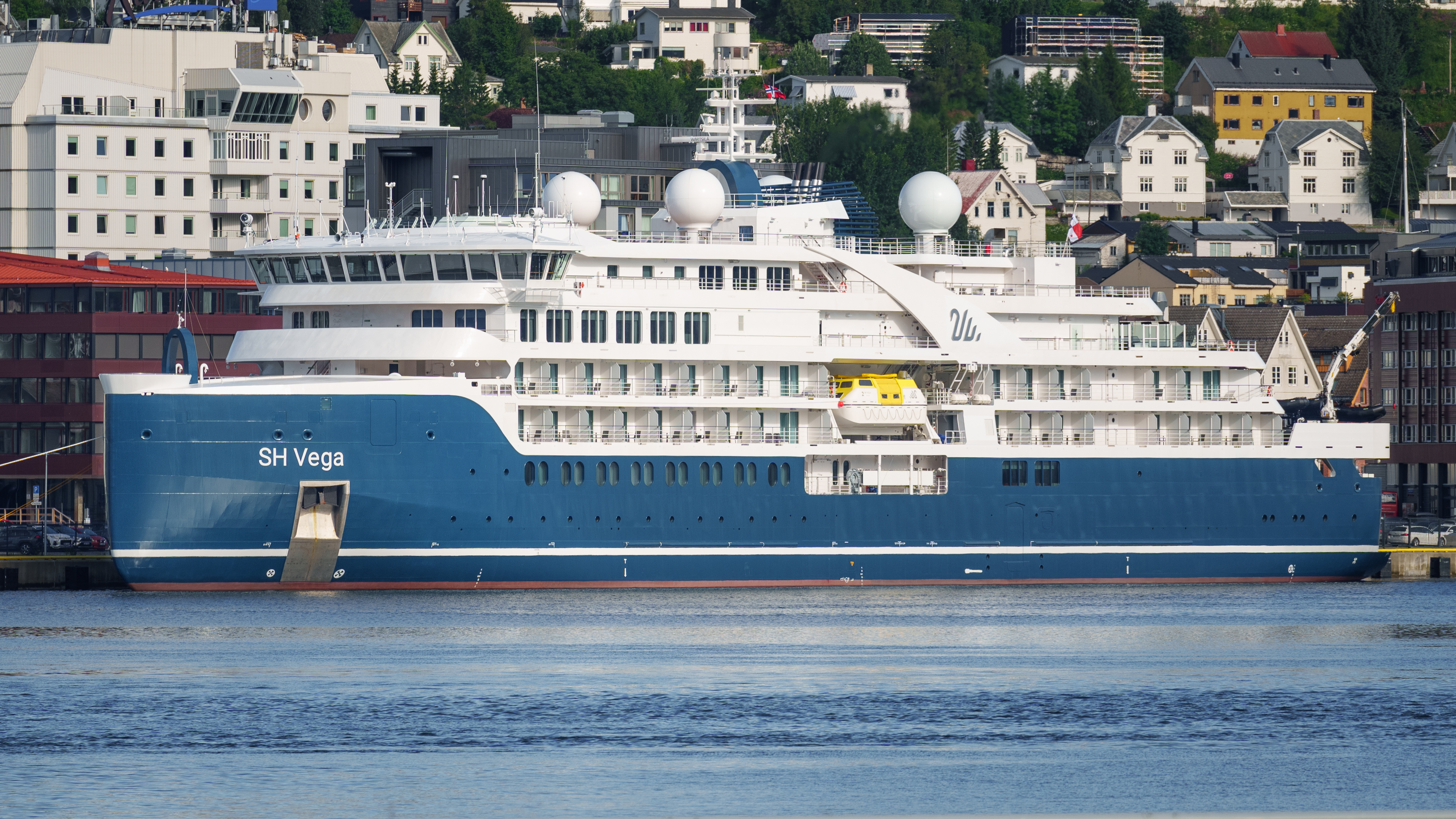