New national flagship to promote British businesses around the world ​

New ship will showcase cutting-edge British design, engineering and green technology while boosting trade and driving investmen
British businesses will be given a new global platform to promote their products through a new national flagship announced by the Prime Minister today.

The ship, the first of its kind to be built and commissioned by the UK, will boost British trade and drive investment into our economy. The vessel will be used to host high level trade negotiations and trade shows and will sail all over the world promoting British interests.

A typical six month itinerary for the flagship might include docking at a port in a country where a British Prime Ministerial visit is taking place to accommodate parallel discussions between British and local businesses, hosting trade fairs to sell British products to an emerging market and providing the venue for an international ministerial summit or major trade negotiations between the UK and another government.

The ship, the name of which will be announced in due course, will be the first national flagship since 1997 when the HMY Britannia was decommissioned. However, its role will be distinct from that of any previous national flagship, reflecting the UK’s new status as an independent trading nation and helping us to seize the opportunities that status presents.

As well as being a resource for British firms looking to export globally, the ship will also be a tangible manifestation of British ingenuity and shipbuilding expertise. The Government’s intention is to build the ship in the UK. This will create jobs, help drive a renaissance in the UK’s shipbuilding industry and showcase the best of British engineering around the world.

The Prime Minister said:
As well as promoting trade, it is expected that the flagship will play an important role in achieving the UK’s foreign policy and security objectives, including by hosting summits and other diplomatic talks.

The ship will be crewed by the Royal Navy and is expected to be in service for around 30 years.

Costs for the construction and operation of the ship will be confirmed following the completion of a competitive tendering process. 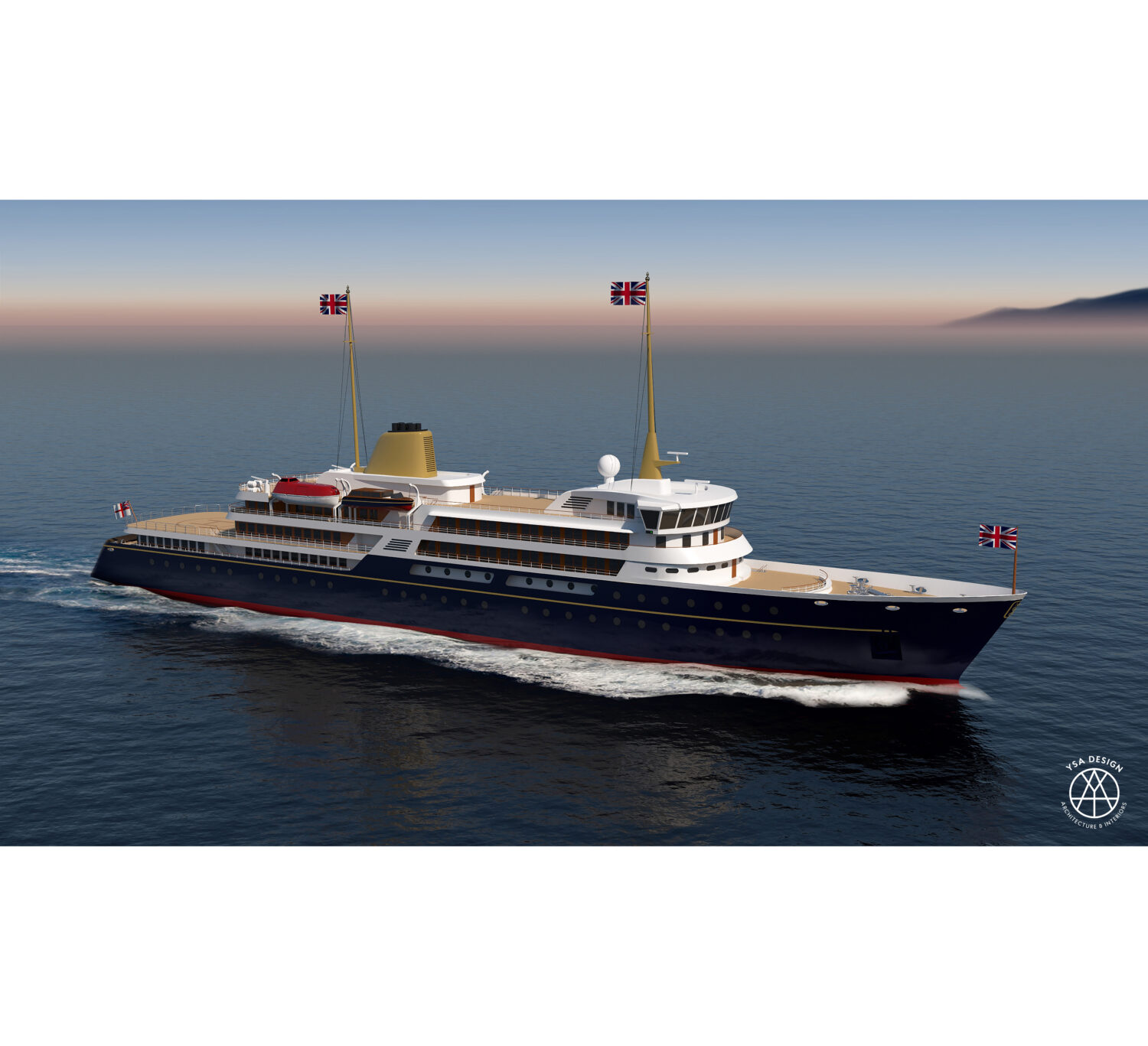