Secunda Canada has acquired a new vessel from Norwegian parent Siem Offshore. Siem Commander is not a new ship, but is certainly a high end DP2 anchor handling tug supplier. The ship arrived this morning, 31 July 2019, from Stavanger and will undergo a refit before entering service.

It has been laid up for some time, probably since it was acquired in 2017 from previous owners, Simon Mokster Shipping AS.

Built in 2009 by Havyard Leirvik AS as Stril Commander it is a 2807 grt, 3,000 dwt unit of 12,000 kW=16,000 bhp. It also has two tunnel thrusters and a swing up type thruster. It is fully equipped with a variety of tankage, a monster winch and large open deck served by tracked cranes.

After clearing customs at pier 9B the ship will move to the The Cove, the former CCG base in Dartmouth where it will complete "Canadianization." Word on the street has it that it will replace Trinity Sea on Secunda's Exxon Mobil Sable contract. Also on the refit agenda, Siem Commander will be repainted to Secunda colours like fleet mate Siem Hanne. Siem Commander was registered in St.John's, NL July 15, before sailing from Stavanger July 22. 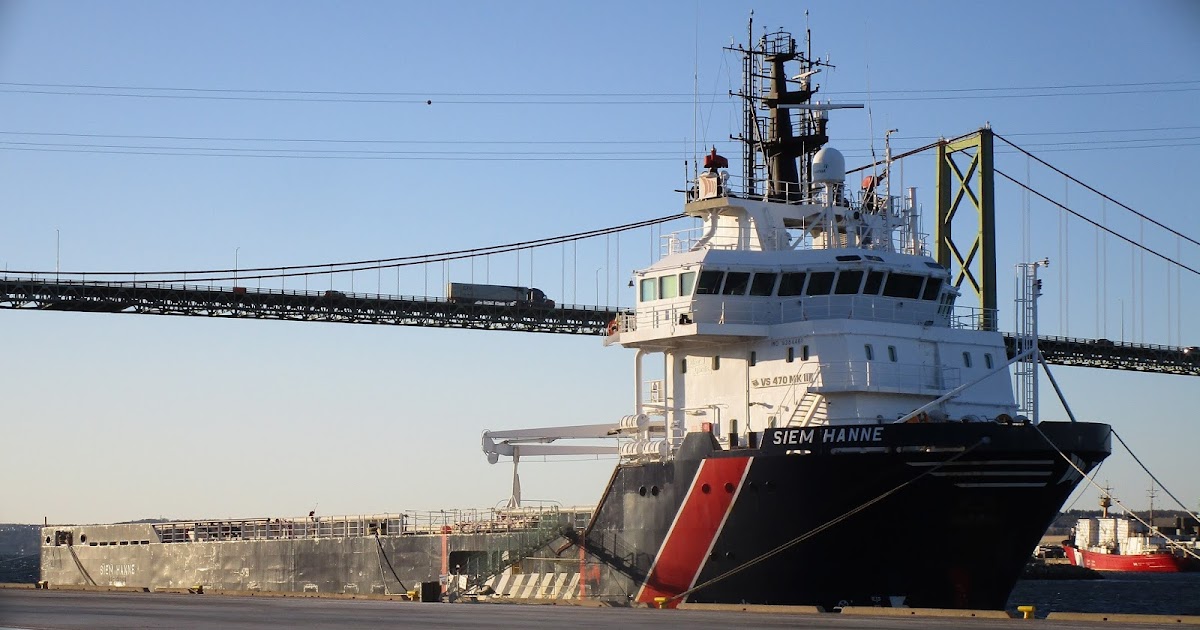 The AIS signal for the supplier Siem Hanne is now showing as PSV Hakan . No new name has yet appeared on the vessel itself (it remains too...

GC Rieber Shipping has entered into an agreement to sell the IMR / Walk-to-Workvessel Polar Queen, built at Freire Shipyard in 2011. The gangway onboard the vessel is excluded from the sale and will remain an asset for GC Rieber Shipping's vessels.

The sale is expected to be completed in March 2021 and will result in a positive
liquidity effect of approximately NOK 22 million after repayment of the vessel`s
outstanding debt.

The sale to the undisclosed buyer will see the vessel leave the offshore
industry.

"This is the second sale of vessels since August 2020 and provides GC Rieber
Shipping with a further strengthened balance sheet, enabling us to deliver on our strategy to develop new profitable and sustainable maritime projects", Einar Ytredal, CEO of GC Rieber Shipping commented.
Click to expand...

Reference is made to the stock exchange notice 22 February 2021 related to thesale of the IMR vessel Polar Queen. The vessel has today been delivered to thenew owner.

Solstad Offshore ASA ("the Company") informed in March of this year that Saipem Portugal Commercio Maritimo Ltd has exercised the purchase option for the DLB Norce Endeavour, and the Company is pleased to announce that delivery of the barge now has taken place.
Click to expand...

Reference is made to the stock exchange notice 22 February 2021 related to thesale of the IMR vessel Polar Queen. The vessel has today been delivered to thenew owner.
Click to expand...

The sale of the vessel will result in an immaterial accounting effect for 1Q 2021.