SEACOSCO will take title to seven of the PSVs in 2018 and one in 2019. Thereafter, the Shipyard, at their cost, will store the PSVs at their facility for periods ranging from six to 18 months. The storage period can be shortened by mutual agreement.

John Gellert, SEACOR Marine’s Chief Executive Officer, commented: “We are excited to partner with COSCO SHIPPING GROUP. We are confident that we have structured a transaction that meets the needs of the Shipyard while also managing the cash outlay from the equity owners. The acquired vessels will modernize our operating fleet and expand our offerings to our customers. Combining a proven and advanced design, best in category accommodations, and the innovative Rolls-Royce battery system, these vessels will be highly marketable across all major offshore energy regions worldwide.”

SEACOSCO will be funded 30% with equity and 70% with debt financing secured by the PSVs on a non-recourse basis to the equity owners. Aggregate total consideration for the eight PSVs, including the battery system, is approximately $161.1 million. SEACOR Marine’s total cash outlay is approximately $22.4 million, with approximately $20.0 million payable in the first quarter of 2018 and the balance due over the next 14 months as vessels and the Rolls Royce battery equipment are delivered.

SEACOR Marine will be responsible for full commercial, operational, and technical management of the vessels on a worldwide basis under a separate management agreement with SEACOSCO.

My suspicion is that this order concerns the eight PSV's that were previously ordered by Chellsea of Singapore, but still not delivered to this date (I understand the customer was not paying): https://www.offshoreenergytoday.com...latform-supply-vessels-china-singapore-cosco/

Lookin in IHS, I see all eight of them are still listed in the order book. I saw some of them gathering dust at COSCO Guangdong as far back as November 2015....

Staff member
Yes, but Chellsea was all UT 771 WP?

Crosspost! ;-) I think you are right. Possibly two of the eight UT771 WP's are simply not being finished at all. A number of them are still listed as either "on order / not commenced" or "keel laid" only, so scrapping would be relatively painless to the yard. And I'm sure Tidewater doesn't mind offloading yard numbers N494 and N495.

Staff member
Last two for Chellsea have a higher hull no. than first six, so maybe they have not started construction on them or at least they are less advanced in building than the first six?

Two first for Tidewater was delivered in 2014 and 2015 so it does not look like they will take the last two since they are not delivered already...

Two of ships concerned seen over two years ago (4 Nov 2015) at the COSCO Guangdong yard. SITA DEVI (yardno N605) and one her sisters, of which I sadly can not read nor remember the name. Looking at IHS, it must have been the RADHA DEVI (N606). At least one of the eight ships, LAKSHMI DEVI (N604) was already in the water at the time. According to IHS, the ANITA DEVI (N603) was also already launched at that time. I do seem to recall seeing two of the ships alongside, so that would make sense.

Staff member
If we agree on the above, then hull numbers and originally planned names for company ordering the vessels: 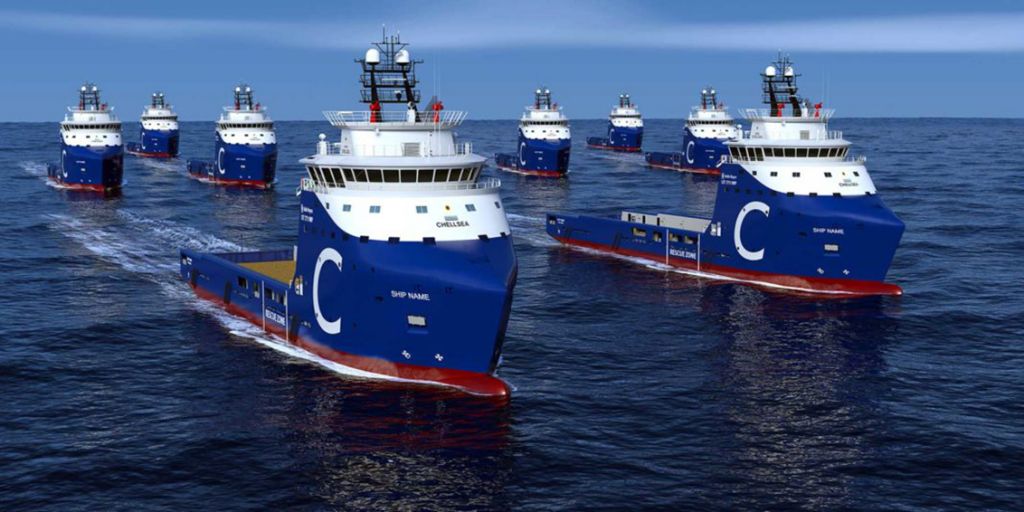 Staff member
BTW, Tidewater also had six options to be declared within 15.03.13 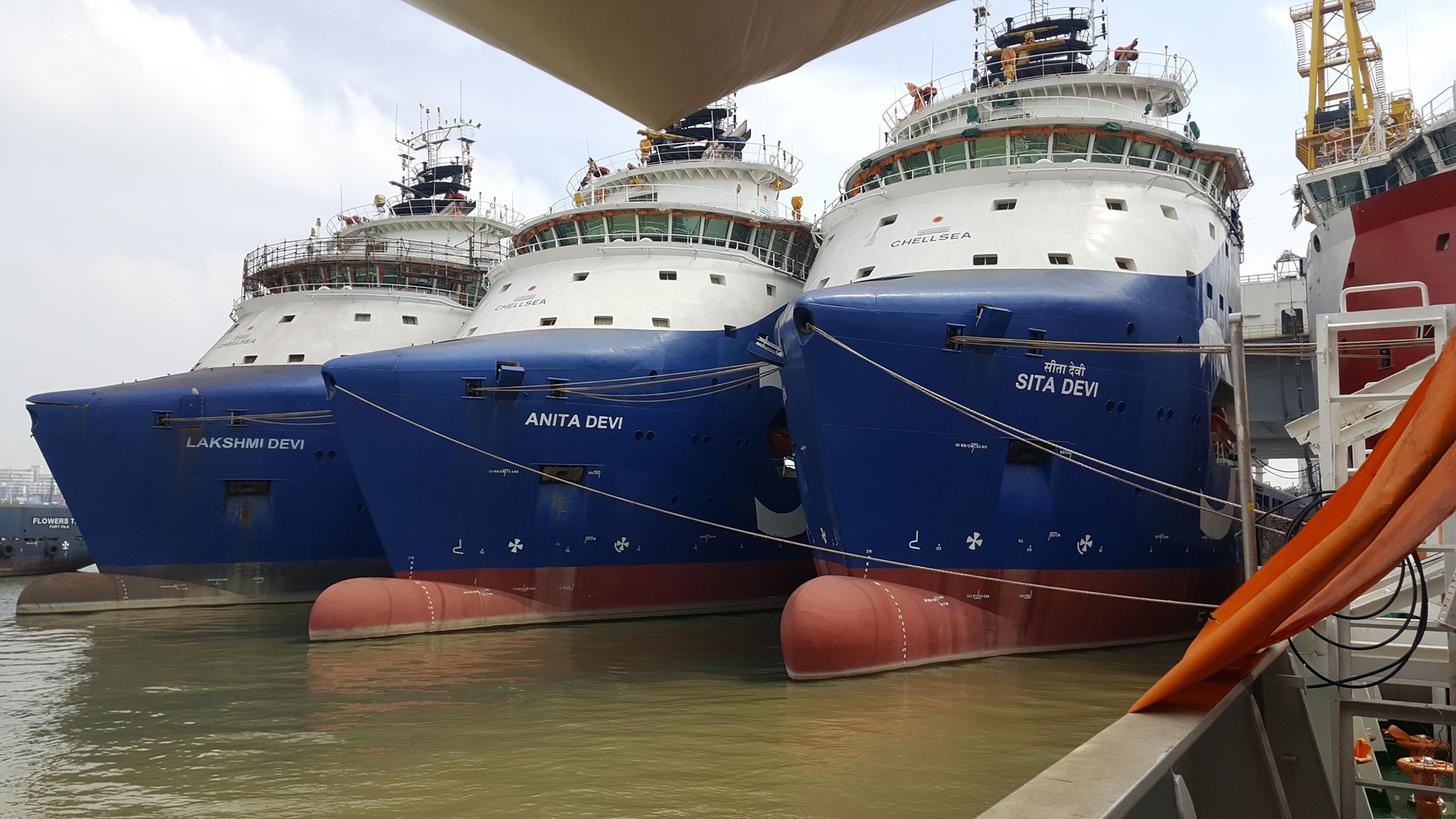 You can also see the FLOWERS TIDE in the background!

Rolls-Royce Commercial Marine has received an order to deliver a battery-powered energy system for six offshore vessels (PSV’s) which have been built by the yard Cosco Guangdong in China.

The delivery includes the Energy Storage Container System (ESSU); an upgrade of the existing Rolls-Royce ship design engineering package to match the new features; an upgrade of the Dynamic Positioning system (DP) and the ACON control system; and the new Rolls-Royce Energy Monitoring system, which will provide a complete overview of energy usage onboard.

Recently SEACOR Marine Holding announced that they have entered a Joint Venture with China Cosco Shipping Group. The new venture, SEACOSCO, has taken over eight offshore vessels which today are laid up by the yard.

The ships were ordered in 2013 and 2014 and their new owners have now decided to give six of the Rolls-Royce designed vessels an environmental upgrade, with an option for a further two. The ambition is to get them to work as fast as possible.

SEACOR, which has its head office in Louisiana, USA, will take full operational responsibility for the vessels and add them to their current fleet.

In a press release from the company earlier this month, John Gellert, President, Chief Executive Officer and Director, SEACOR, said: “Combining a proven and advanced design, best in category accommodations, and the innovative Rolls-Royce battery system, these vessels will be highly marketable across all major offshore energy regions worldwide.”

Asbjørn Skaro, Director Digital & Systems – Commercial Marine, Rolls-Royce, said: “We are looking forward to seeing these great vessels in operation and invested in for the future. These are advanced and modern ships, and we strongly believe that the new energy system onboard will make them stand out from the crowd in the market. They will receive an upgrade that benefits both the environment and the economic efficiency of the ships.”

The vessels are of Rolls-Royce UT 771 WP design, and have the characteristic Wave Piercing bow. The bow reduces wave resistance during rough conditions, resulting in a smoother ride than traditional designs, reduced fuel consumption and increased onboard safety.

In addition to having provided the ship design, Rolls-Royce also originally delivered an extensive package of ship equipment and systems to the vessels now being prepared for an environmental upgrade. This new order for six offshore vessels – with an option for further two – follows deliveries or orders for battery systems for seven other vessels. 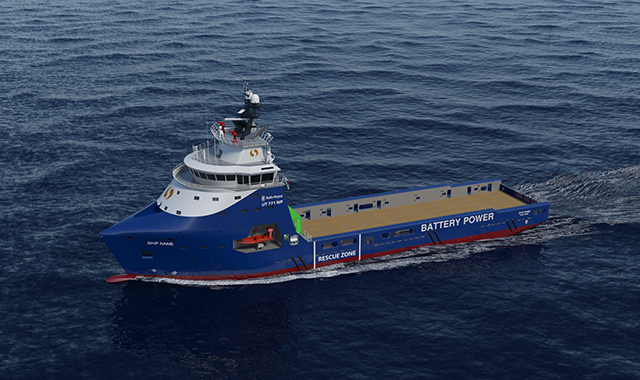 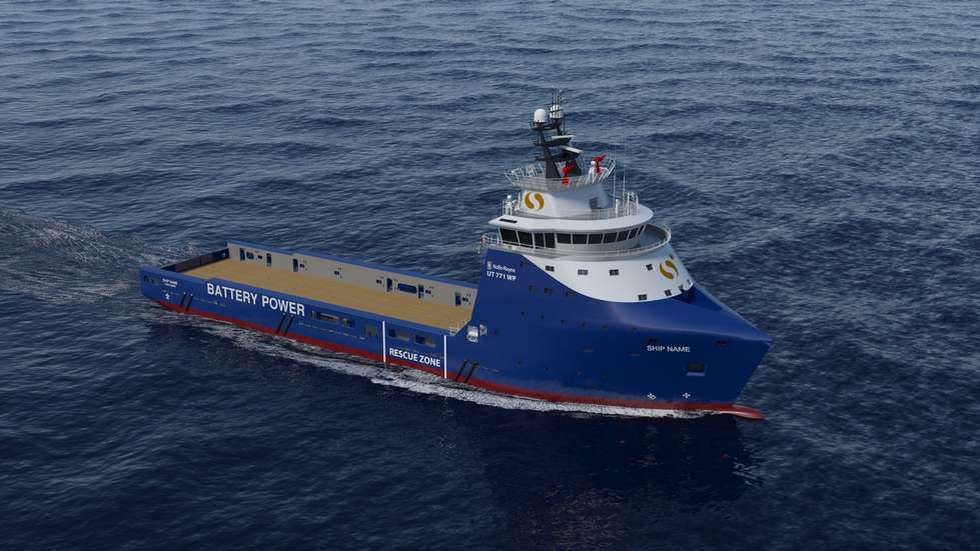 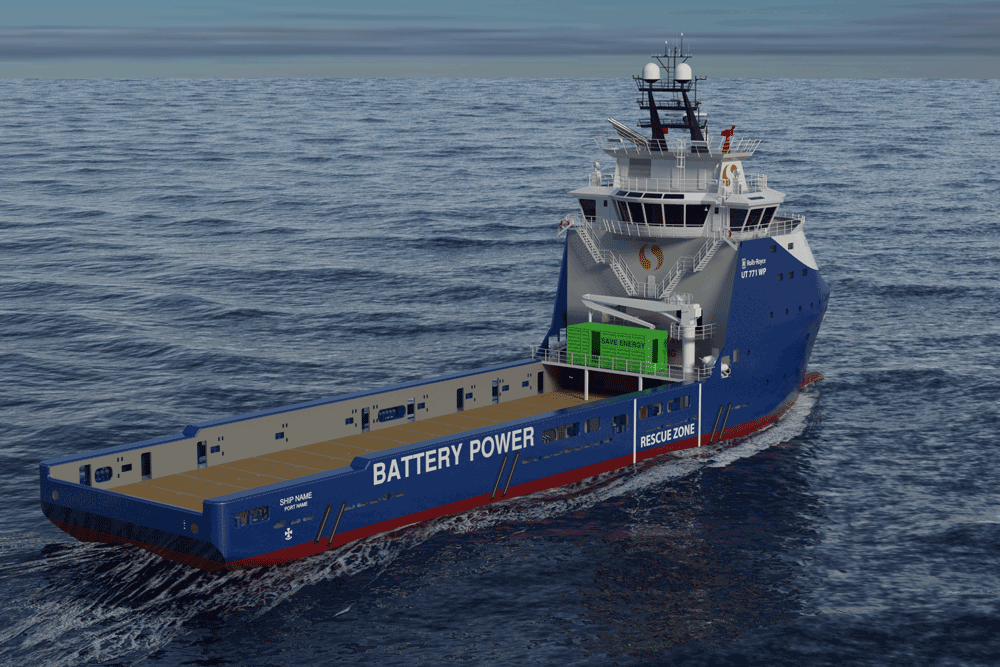 Staff member
This eight will be named after rivers around the world...

Staff member
So N495 "Flowers Tide" that was suppose to be "Seacosco Mississippi", now is instead "Seacosco Ohio"

But the rest seems to keep the orignal new Seacosco names... 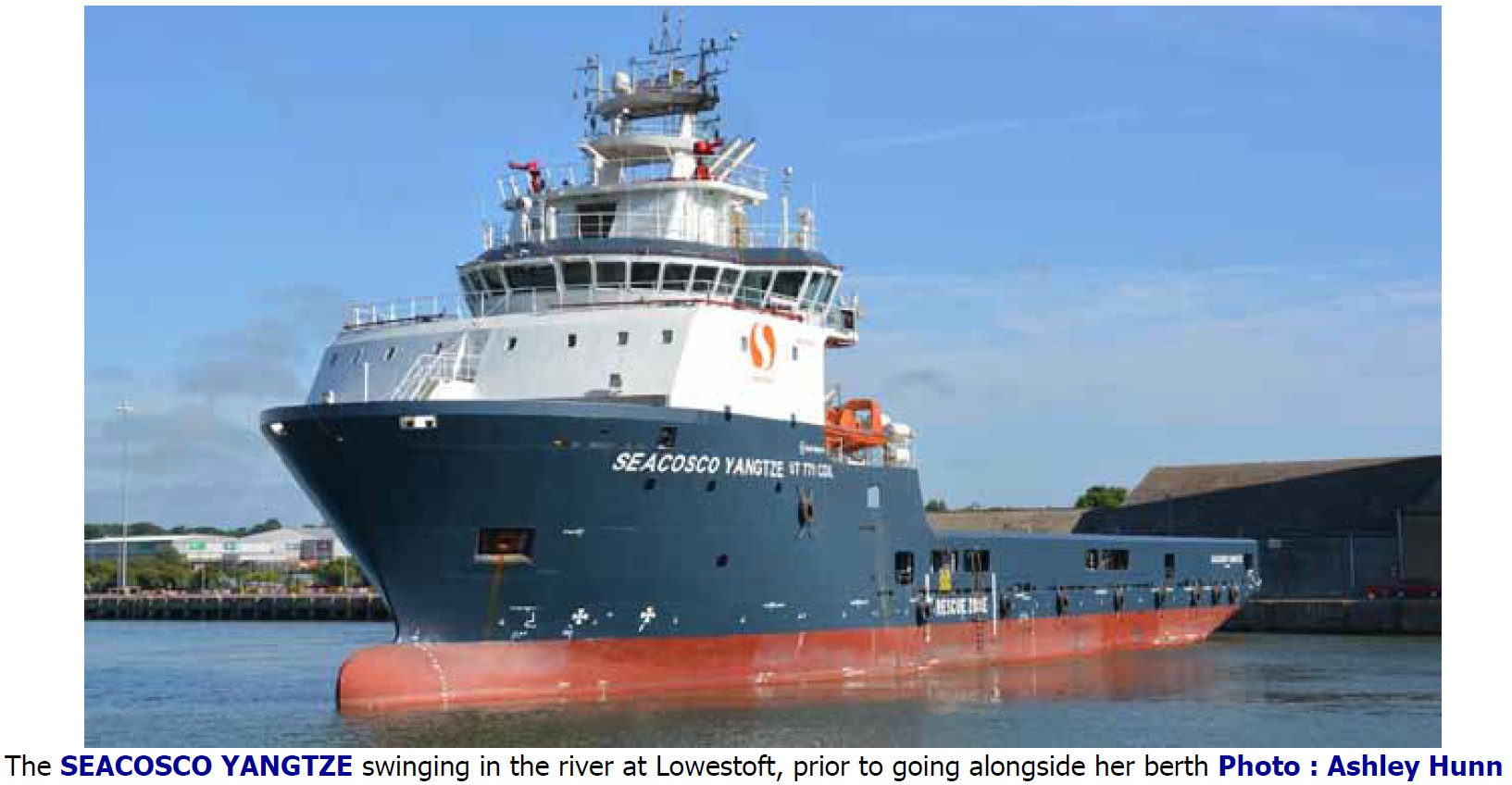