Yes, not confirmed, but it seems so that Polferries is definitely planning to buy the Honfleur... - they are under pressure from the port of Ystad to operate so fast as possible with a modern bigger ferry, they have got money especially for a new ferry from the polish state and they are supported via CINEA from the EU. And Polferries has no alternatives - which other new or nearly new ferry with the right size and capacity is available now fast without waiting time ??? I can only find in all "ferries for sale" websites the HUADONG PEARL VIII from 2016 for sale since ca. 2 years - 3 years older as HONFLEUR if we see Honfleur as 2019 built, same capacity, but with normal diesel-engines - not really so modern as Honfleur with LNG. And all ferries from asia need also bigger renovation inside before use in european waters... they have f.ex. some group-sleeping-rooms also in a youth-hostel-style from the 80ies... . https://grs.group/grs-ferry-cruise/...s-for-sale-detail/?type=purchase&vid=#1091536 .

So the absolutely top-favorit for HONFLEUR is now Polferries (?). The MAZOVIA has similar capacity as Honfleur with identically 2600 lm, so maybe she will stay on the Ystad-Swinemünde route then and the CRACOVIA will change to Gdynia-Nynäshamn for to replace there the 42 years old WAWEL. Further speculation: The 41 years old small freighter BALTIVIA will then leave the Polferries-fleet also (?). 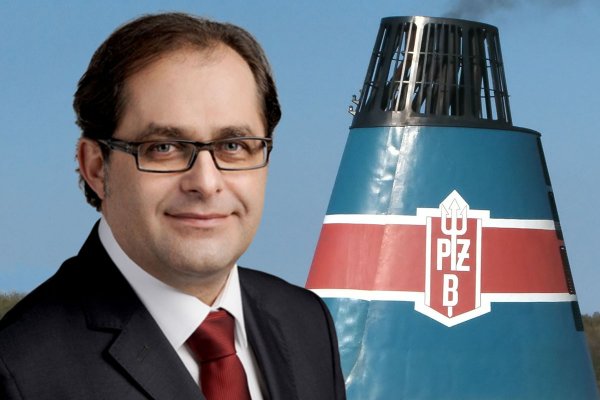 In 2 days is the prøvetur of HONFLEUR - anybody will be there for taking actually pictures ?
Passing "Kråkvåg fast" to the open sea ? Cruise-ship BOLETTE is in Trondheim the same day.
B

ropax said:
In 2 days is the prøvetur of HONFLEUR - anybody will be there for taking actually pictures ?
Passing "Kråkvåg fast" to the open sea ? Cruise-ship BOLETTE is in Trondheim the same day.
Click to expand...

Hot of the press live from the Hurtigruten MS Polarlys. We passed 'Honfleur' earlier today when she had just commenced the sea trials... and I bring you the pictures.

She needs a bit of more colouring looks rather balnd, her lines though are ok for todays's work-horse-ferries. Still no word who will take the plunge though!?
R

Tusen Takk Oskar ! Yes - 100% snowwhite with snow, limited view from the Panorama-cabins at the front . But it seems to be a small first check only ? Max. speed until now (22:45) 16 knots and HONFLEUR is still in the same Fjord between the yard and Trondheim.
Now, next day 14:30 still sea-trails... - max. speed in this night was 20kn, but i think that the real max. speed is in the range of 22-25kn.

I think the design is full OK for a modern RoPax and maybe it will be looking better if she will be later in some years lengthened to ca. 230/240m, the actually 187m is because of some ports of Brittany Ferries are limited to ca. 190/195m. More color will come with the logo of the ferry-company in the future... .

The "Honfleur in Polferries-Design" Video was deleted fast again - so i think that it is still an open race which ferry-company will buy the HONFLEUR. COVID-19 seems to come to an end soon and i think that the bookings generally are going up in the future, maybe eventually there are now more than one company really interested, than SIEM can sell her in a kind of auction... . Who will pay the most money will get the HONFLEUR. If someone need a new RoPax NOW DIRECTLY without 3 years waiting - there is no alternative on the market.
Last edited: Feb 4, 2022

If Belize-City has re-emerged as a destination port, can this be confirmed by Baja Ferries?
R

Hello from Tenerife to Katowice, please tell us here if there are any news from Polen .
I think that there is someone playing (and testing) the AIS-system onboard. Yesterday it was BELIZE-CITY again as often in the last weeks. After i have this posted here they changed to SEATRIALS (in Marinetraffic) next hour and now today it is again BELIZE-CITY, this Thread here has 18.000 views, maybe a person onboard is reading here also . So i think now this has nothing to do with Baja Ferries. There was an official info from Baja some weeks ago that they want to buy 2 newer used (new or newer than 1992) or new ferries FAST NOW (without waiting 3 years construction-time). And the actually old ferry from 1992 is officially for sale via Shipsmaklaren. And the Honfleur would be perfect in size and layout (big sun areas) for a ferry in the warm country of Mexico and Caribbean Sea where is planned the new 2nd route.

But i think that the other here named ferry-companies must be normally also interested for to buy the HONFLEUR now - if the price is attractive.
1) - POLFERRIES need very urgent a new bigger ferry and has got for this extra money from the state
2) - IRISH FERRIES need a new ferry for the canceled and EU-supported FSG 777 and a new (used) ferry for the short-time chartered BLUE STAR 1
3) - TT gets 2 newbuildings this year, but has then still 3, 4, 5 old ferries in the fleet and is planning to start a new route to Gdynia/Gdansk maybe and want to have more departures on other routes, so they could very good need a 3rd newbuilding now, with LNG would be perfect.
4) - DFDS need very urgent 2 newer ferries for Amsterdam-Newcastle, but maybe they want to try again to buy Mobi Aki and Moby Wonder this year again, both officially for sale, was already planned in 2019
5) - P+O has got new leading managers in the last 2 years, maybe they want now to make the route-network bigger again and not smaller and smaller as in the last decades, then also P+O is thinkable as buyer of Honfleur
6) - For BRITTANY the ferry would be perfect - but they have spend now the planned money in long-time-charter of 2 more new E-Flexers from Stena Line, and Brittany has got a very low originally price-offer for HONFLEUR from FSG. I think that the price now is many millions Euro higher with completion in Norway, the most expensivst country of the world.
7) - So including BAJA FERRIES these are 7 companies, but maybe more other companies in the south of Europe are also interested... (?).

X) HONFLEUR has with 2600lm the same capacity as Polferries MAZOVIA and TTs AKKA (ex Nils Holgersson from 2001), so if they want 1 route with 2 similar ships and symmetric timetable - it would be easy possible with HONFLEUR. If every truck-driver gets a single-cabin (as it is new DFDS-standard) also the number of 261 cabins is not to much.
Y) HONFLEUR is very good for later lengthening anytime in the next couple of years for to get the 230m/240m size of other new Ropax-Ferries. The actually size of 187m is good for smaller ports as f.ex. some Brittany- and Irish Ferries Ports, Nynäshamn, Frederikshavn etc. .

The actually sea-trials are now planned until 7.febr. 6:00 . Circa every 24 hours the HONFLEUR is waiting without engines a few hundred meters in front of the Fosen-yard ca. 1, 2 hours - maybe for to bring persons from/to onboard with a small boat ??? And then she goes in the Flakkfjord / Strindfjord always some similar big rounds with different speeds (recorded max. until now was 23,6 knots).
Last edited: Feb 7, 2022
H

I was curious about the large white ship that has been sailing back and forth in front of my house on Trondheimfjord, for the last 3 days. After some tracking and browsing, I found your forum and though you guys may appreciate the update. And maybe some crappy photos?!

Honfleur has been shuttling up and down the fjord for 3 days and nights, and doing some very nice sharp turns in front of my house. I have no idea about boats, but she is quicker than a lot of the big ships I see, and seems to turn on a dime. She is being put through her paces day and night!

Thanks a lot for your pictures from the white "Ghost-ship" . So we get a better impression about the real dimensions sizes of the Fjord. Before i was thinking that it is to small for sea-trials and that it is better in open waters (Atlantic) outside of the Fjords but indeed the Trondheimfjord is big enough. First sea-trials will end tomorrow but i think it will be more trials in the next weeks - maybe then also with potentially buy-interessents onboard. In the Marine-Traffic website is now also the first picture of Honfleur in Trondheimfjord. If you press there on "Past Track" you can see exactly the rounds of Honfleur.
Last edited: Feb 6, 2022
K

Now in the marine-traffic-website are different new pictures of HONFLEUR nearby Trondheim also from the left side which is a big difference to the right side of the ship:
LEFT SIDE:
Top-deck with 13 big windows, maybe there are the big "Pullman-seat-lounges" or luxury-cabins with XXL-windows.
Lower main-deck has in the middle the (Tax-Free-)Shop and the kitchen (nearly no windows) (???)
RIGHT SIDE:
2 lower decks with restaurants, cafes, bars etc. and 3 upper decks with cabins (?)
O

Maybe we could start a GoFundMe to buy this ferry and restart the Bergen - Stavanger - Newcastle line?
R

I think the shortest line Stavanger-Aberdeen could work with a smaller RoPax like STENA VINGA or Göteborg-Kristiansand-Edinburgh with a comfortable bigger RoPax inkl. XXXL-Tax-Free-Shoppingcenter onboard. But this should be discussed in the Thread "Potensielle nye store ferjelinjer".

Now is already march and furthermore no officially news about the HONFLEUR ?

Maybe POLFERRIES will really buy or charter this newbuilding because from 1st may TT-Line is operating directly parallel with the both newest, best and biggest ferries the route Trelleborg-Swinoujscie ? First time ever that the newest biggest TT-ferry will not operate the "old" main-route Travemünde-Trelleborg. This would not be needed if Polferries would continue with the older smaller ferries on the route Ystad-Swinoujscie.
But only with the new NILS HOLGERSSON could TT offer similar quality as if Polferries would operate the parallel-route with the new HONFLEUR.

But: On all polish websites and timetables is nothing to see from a new ferry.
R

No news about HONFLEUR ? Nothing happened since 7.febr. .
In 2 weeks it is April already, now is time for to prepare for the summer high-season... .
Maybe someone here from the Forum is passing the yard (Oskar again ?) ?
Maybe already painting-work to see outside ? P O L F E R R I E S letters f. ex. or any other company ?

Staff member
The yard ifself posted this photo from this morning on social media, difficult to spot any changes to "Honfleur" name or branding