Deltamarin’s contract includes approval, procurement and detail design for the vessel, which will be the world’s largest civilian hospital ship, and the first of its kind in Deltamarin’s history. Deltamarin has earlier developed, for yard tendering purposes, the concept design of the vessel together with Stena RoRo, who will manage the actual construction of the hospital ship. The shipbuilding contract was successfully negotiated by shipbrokers Barry Rogliano Salles (BRS). The delivery of the ship is planned for July 2017.

Excited about this unique project, Director of Deltamarin’s Marine business, Mr Jarmo Valtonen, comments: “When developing the new vessel concept together with Stena and Mercy Ships, we have learnt a lot about the goals and visions of Mercy Ships, and it gives us great pleasure to be part of this very special project to help the underprivileged in the developing nations”.

The vessel will be certified as a passenger ship for long international voyages and will be registered under the flag of Malta with Lloyd’s Register classification. The main dimensions are 174 metres in overall length and 28.6 metres in breadth. The design service speed will be 12.0 knots. The vessel will have two hospital decks and can carry 500 persons on board when sailing; when in port, the capacity will be 950 persons. There will be a total of 641 beds in the 277 cabins. The vessel will even house a school for children of the staff.

The total value of this contract awarded to Deltamarin by CSIC is around 4.2 M€, and the work is to be carried out over an estimated period of 15 months. 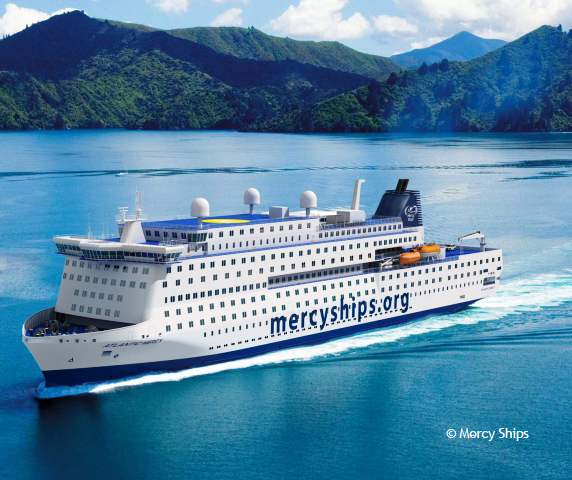 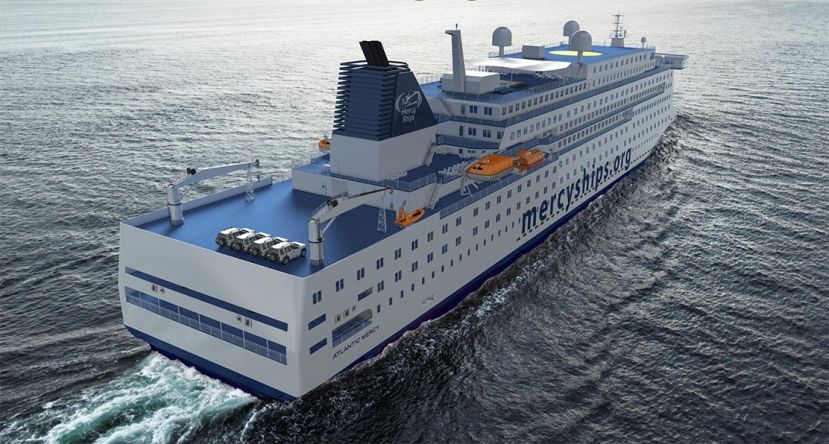 The LR-classed vessel will have a service speed of 12 knots and a range of 1,500 nautical miles.