The Icelandic Road Authorities, Vegagerðin, signed a contract with Polish yard Crist SA for the construction of a new ferry of Polarkonsult design PK-259.1.

The ferry will be operated between Landeyjahöfn and Vestmannaeyjar (eng. Westman Islands), a town and archipelago situated off the south coast of Iceland. The journey will take only 20 minutes.

The weather conditions outside Landeyjahöfn are difficult with a mixture of long ocean waves and shorter coastal waves in combination with strong transversal current at the entry of the harbour. The water depth is only 4,5 m and the ferry will be operating in up to 3,5 m waves. These conditions requires excellent maneouverability and shallow water seakeeping characteristics.

The ferry will be 69,38 m overall length, 15,10 beam with a capacity of 540 passengers during the summer, or 390 passengers in the winter, 10 crew members and 330 lane metres for personal cars. The vessel will be powered by a diesel electric hybrid plant supported by a 800 kWh battery unit with harbour plug-in. Propulsion will be provided by rotating pulling thrusters.

Concept design of the ferry has been prepared by renowned Norwegian company Polarkonsult AS. The class and detail design will be performed by a Polish company StoGda Ship Design & Engineering Sp. z o.o., which has been cooperating with Crist for years.

Vestmannaeyjar is sometimes called “Pompeii of Iceland”. Vestmannaeyjar are a group of 15-18 islands, depending on how they are classed, and about 30 skerries sand rock pillars, located off the mainland’s south coast. Heimaey, the largest island was hit by the well known eruption in 1973 which caused complete evacuation of the island. Around 360 houses was buried and many others badly damaged. Before the eruption, 5300 people lived on Heimaey, 2000 of these moved back immediately after the eruption ended. Slowly but surely more families returned and began to rebuild their community. 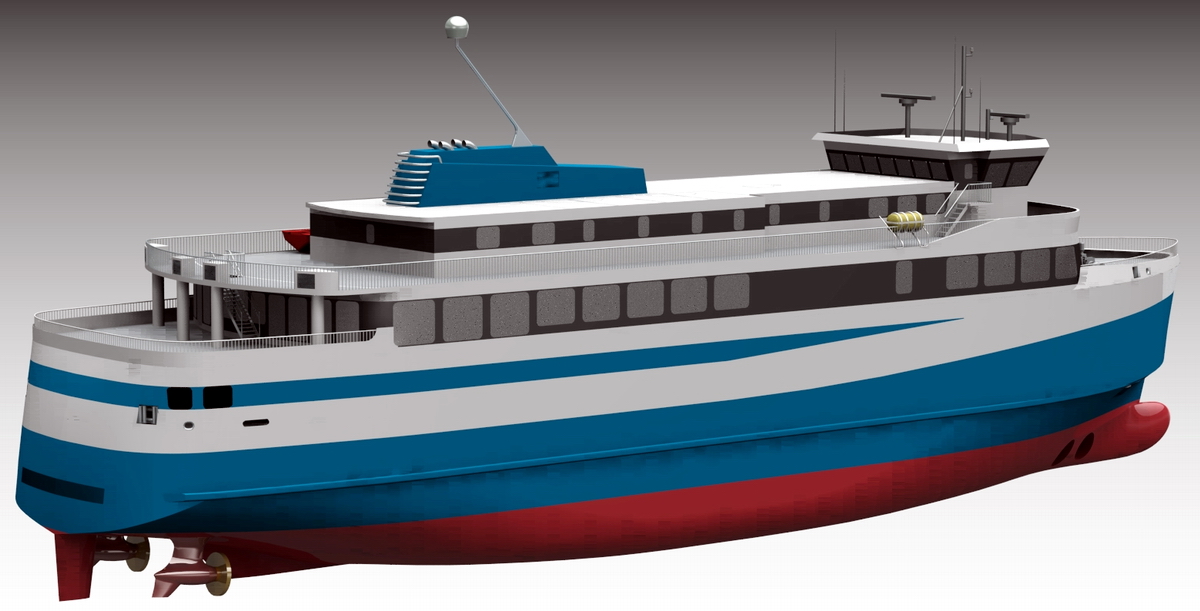 The PK-259.1 is a tailor made design for the Vestmannaeyjar connection between Heimaey and Landeyjahöfn in Iceland.

Powerful plug-in hybrid power pack
The vessel will be fitted a diesel-electric power plant supported by a 800 kWh battery pack offering a short term output of 4800 kW. This peak power will be available for high power maneuvering in harbor, especially when entering Landeyjahöfn. The plant is capable of driving all four thrusters at 100% power. The batteries will be charged when docked or during sailing.

Challenging waters requires excellent capabilities
Weather conditions outside Landeyjahöfn are challenging with a mixture of long ocean waves and shorter coastal waves in combination with strong transversal current at the entry of the harbor. The water depth is only 4,5 m and the ferry will be capable of operating waves up to 3,5 m. These conditions require excellent maneuverability and shallow water seakeeping characteristics.
The vessels two main pulling rotary thrusters and two bow thrusters will offer extremely good maneuverability capabilities. The vessel will also be fitted with active roll damping fins for maximum passenger’s comfort.

"Herjólfur" i Danmark i September 2011 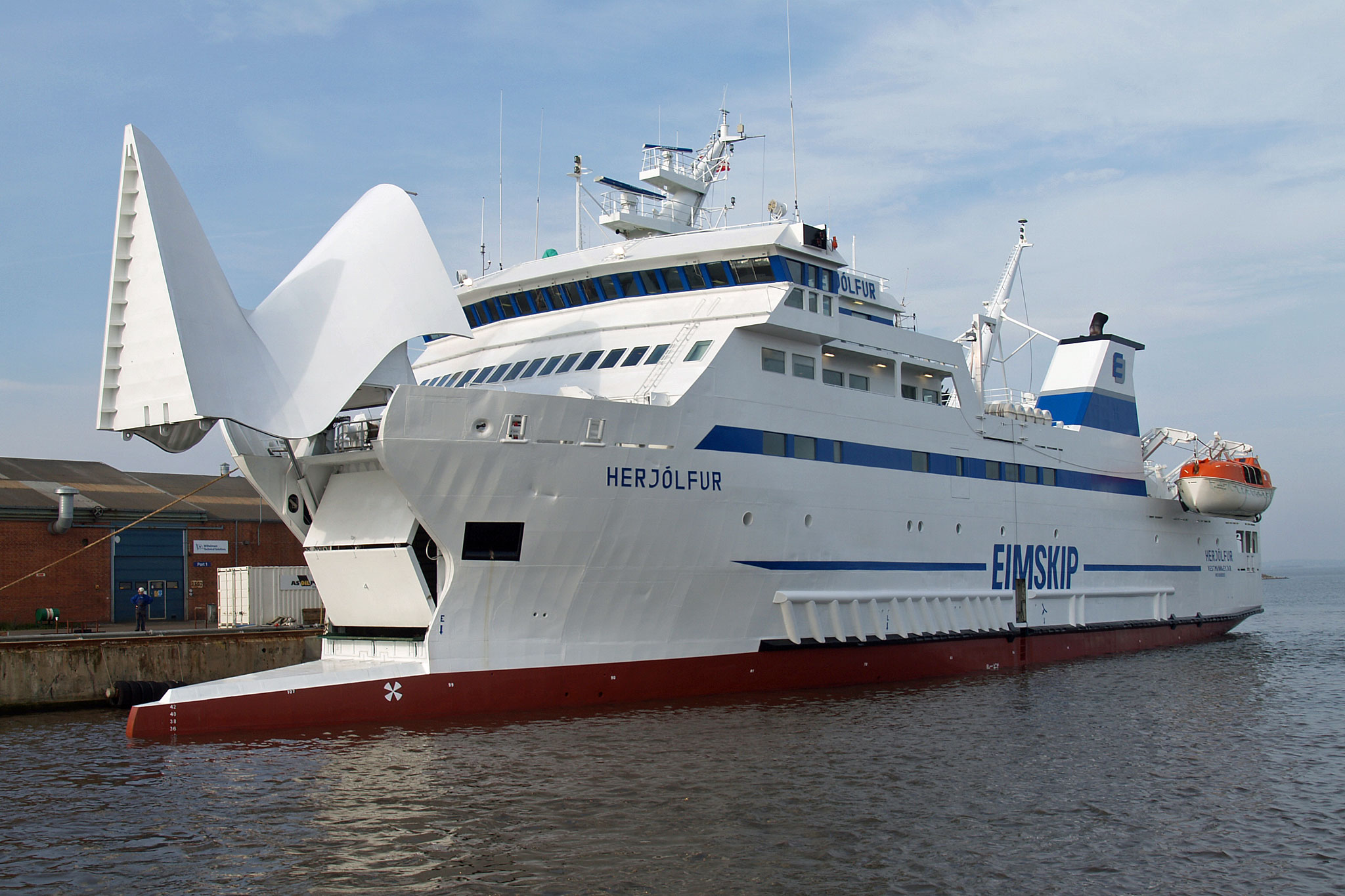 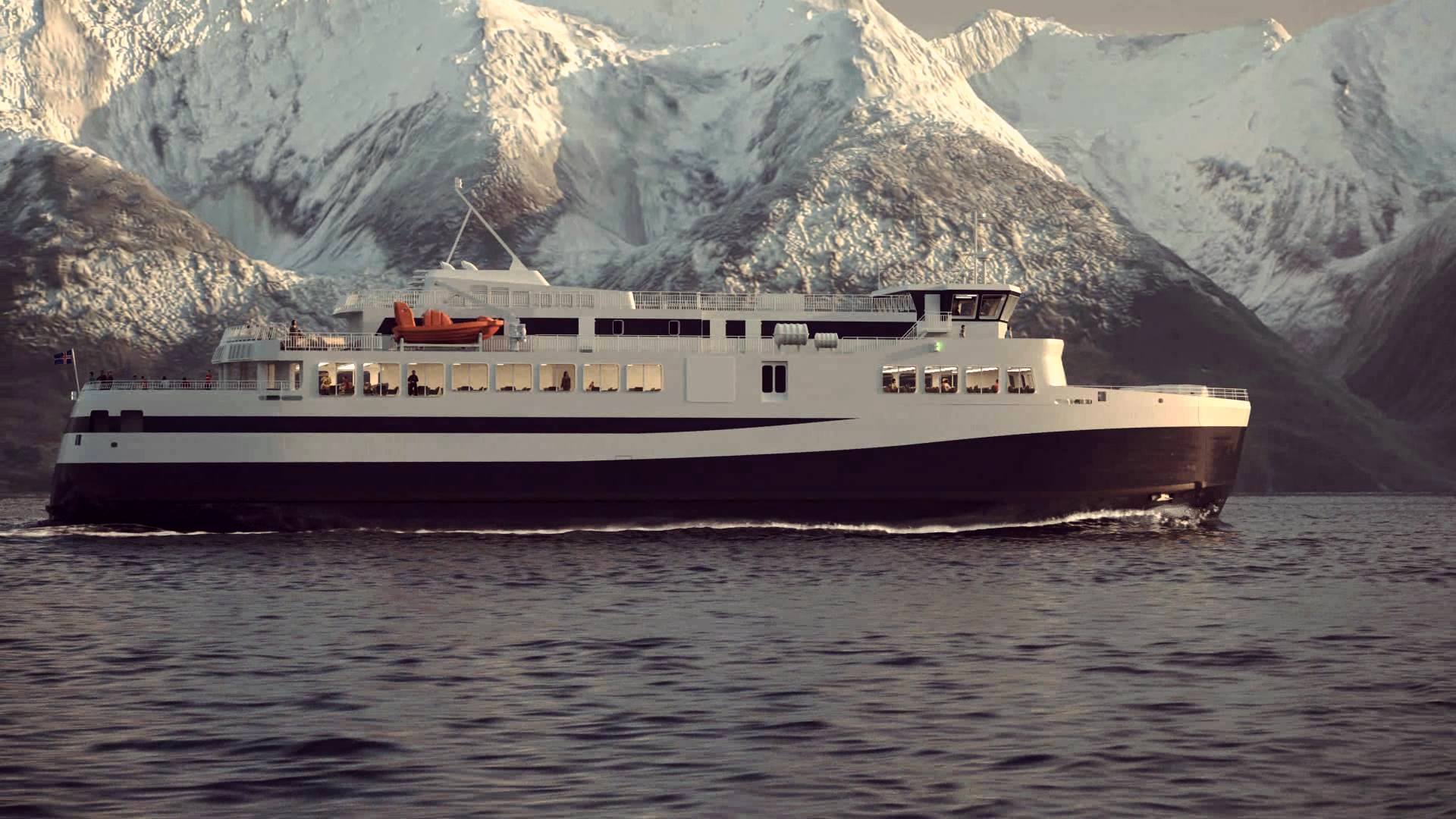 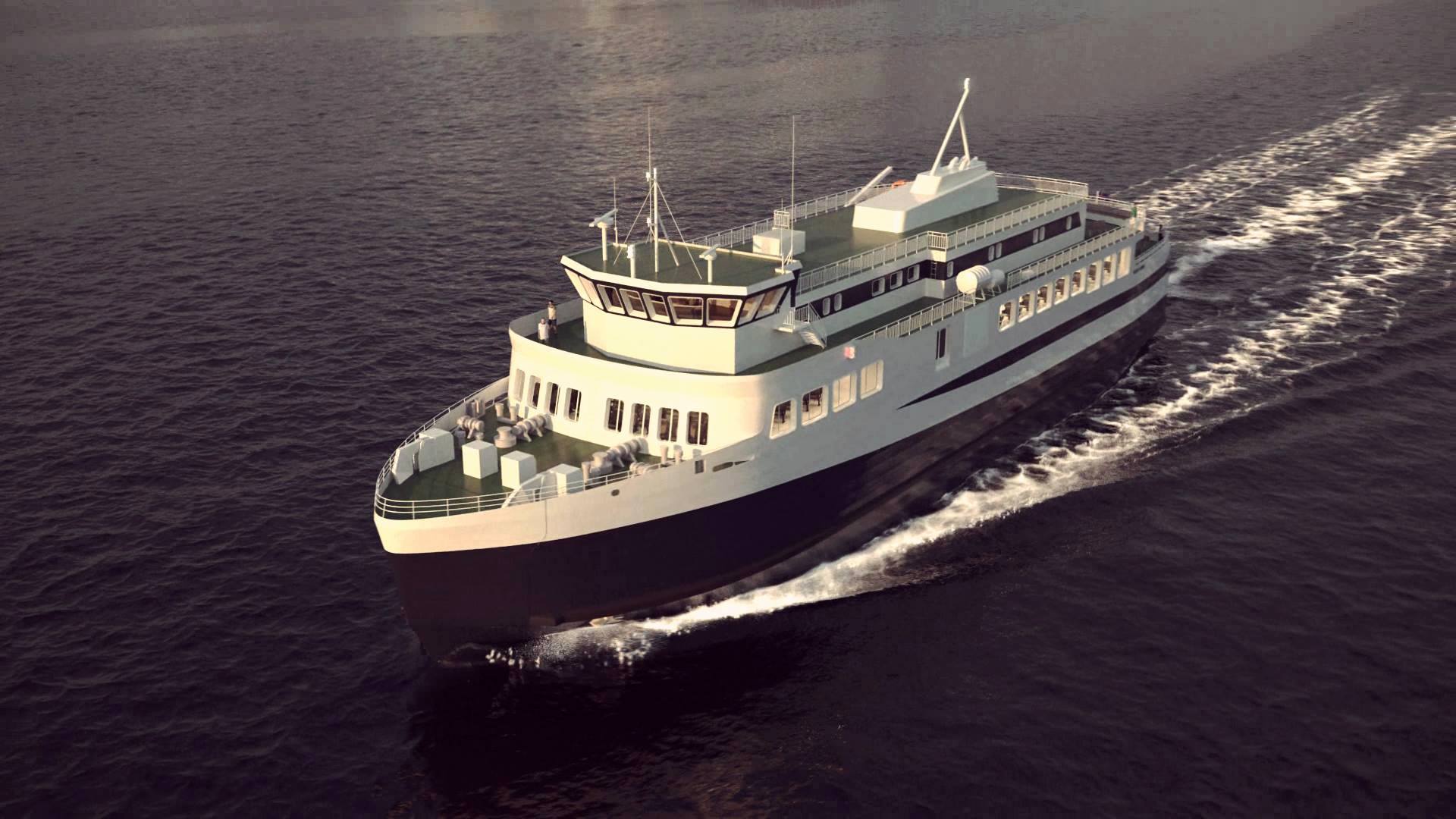 Today's float out of Herjólfur.
Unfortunately from a long distance and with fog. 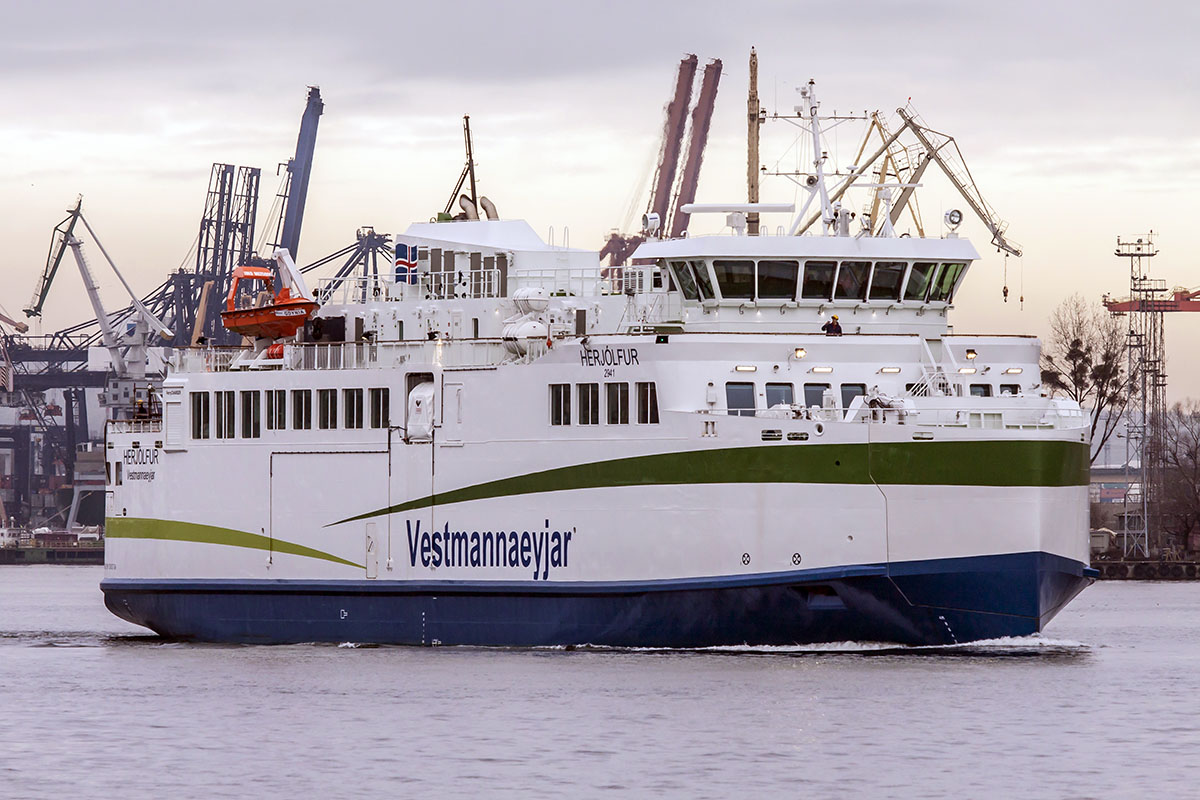 (on the day of departure for Iceland)