KNUD E. HANSEN (KEH) and Smart Engineering & Design Solutions (India) (SEDS) have recently teamed up to deliver two new vessel designs, each with two vessels to be built, for the Andaman & Nicobar Administration of India. The larger of the two designs will provide a modern link between the Indian mainland and the Andaman & Nicobar Island Group to the east of the subcontinent with a passenger capacity of 1200 and carrying up to 1000t of mixed cargo. The smaller vessels will be employed in the Northern/Southern group of the Islands, or running an interisland service and is designed to carry 500 passengers and 150t of mixed cargo. Both designs will replace existing tonnage with modern vessels meeting the latest standards of comfort and safety.

The design process has been shared between the two companies, with KEH responsible for forming the initial concept for both vessels. For the smaller vessel SEDS have then taken the reins and further developed the design through the contract and basic design stages. Throughout this process KEH has been responsible for conducting design reviews and providing additional ideas and inspiration. For the larger vessel the roles are reversed for the contract design with KEH producing the design, with critical review and evaluation from SEDS. For the basic design the roles will again be reversed with SEDS taking on the primary design tasks.

The collaboration between KEH and SEDS has resulted in a unique design, capturing elements of both the local knowledge and experience of SEDS and the extensive passenger vessel design experience of KEH. All four vessels are to be built at Cochin Shipyard in India and will sail with Indian Flag. 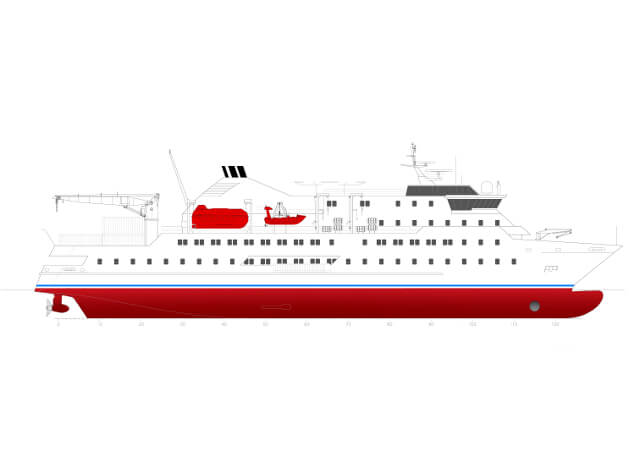 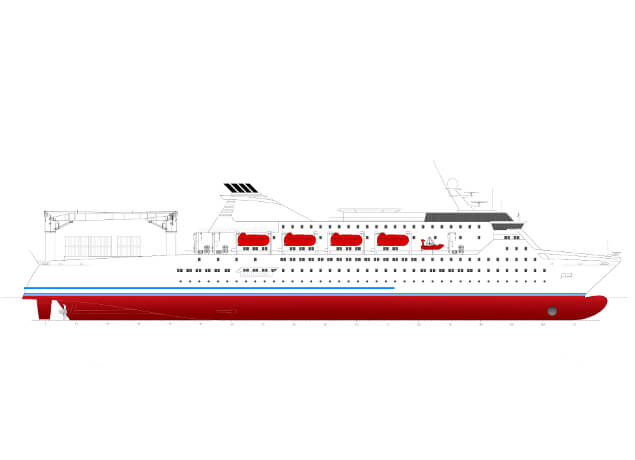 Staff member
KNUD E. HANSEN is proud to announce that our design for the 1200 PAX mainland ferry – MV Ashoka has been launched.

The first of the two 1,200-persons, 1,000-tonne cargo vessels, under construction at Cochin Shipyard Ltd (CSL) for the Andaman & Nicobar Administration, was launched at CSL’s yard here on Tuesday. The vessel is designed as a modern high-quality passenger vessel with electric propulsion suitable for carrying 1,200 passengers and 1,000 tonnes of cargo for “all-weather” operation on the mainland-to-A&N route. The ship is built in steel as a modern, safe and seaworthy vessel with aesthetic lines and a pleasant profile. It comes with “Safe Return to Port” (SRtP) compliance, which is claimed to be a first in Asia. The ship will not only enable safe and comfortable passenger movement, but will also be a boost to the tourism sector, the release added. It is part of the order for four vessels placed with CSL by the A&N Administration. The second 1,200-pax vessel is under construction.

The Vessel is designed as a modern high-quality passenger vessel with electric propulsion suitable for carrying 1200 passengers and 1000T cargo for all-weather operation on the Main Land to the Andaman and Nicobar Islands. The vessel is built to the highest standards of the Indian Register of Shipping and Lloyds Register of Shipping overseen by the DG Shipping of India and the vessel meets the requirements of “Class III Special Trade Passenger Ship” as per Indian Merchant Shipping rules. The vessel is built in steel as a modern, safe and seaworthy vessel with aesthetic lines and pleasant profile. The specialty of this vessel is that it comes with “Safe Return to Port” (SRtP) compliance which is envisaged to be a ‘first’ in Asia. The ship would not only enable safe & comfortable passenger movement, but will also be a boost to the tourism sector.

The vessel has a modern cafeteria and recreation rooms. Both Cabin Class (consisting of Deluxe Cabins, First Class Cabins & Second Class Cabins) and Bunk Class accommodation is available on-board. With a speed of 18 knots, the ship combines speed with comfort and would have a complement of 104 staff. It will now undergo outfitting and building up of the accommodation, incl. living quarters, after which it will undergo testing and trials prior to delivery to the Andaman and Nicobar islands in 2021.

The larger of the two designs is earmarked for a modern sea link between the Indian mainland and the Andaman and Nicobar islands with a passenger capacity of 1,200 and carrying up to 1,000 tons of mixed cargo. The smaller vessels will be running on an interisland service and are designed to carry 500 passengers and 150 tons of mixed cargo.

All four ships will be built at the state-owned Cochin Shipyard in India and sail under the Indian flag. Both designs will replace existing tonnage.

Thanks to Smart Engineering & Design Solutions and Cochin Shipyard for this cooperation. 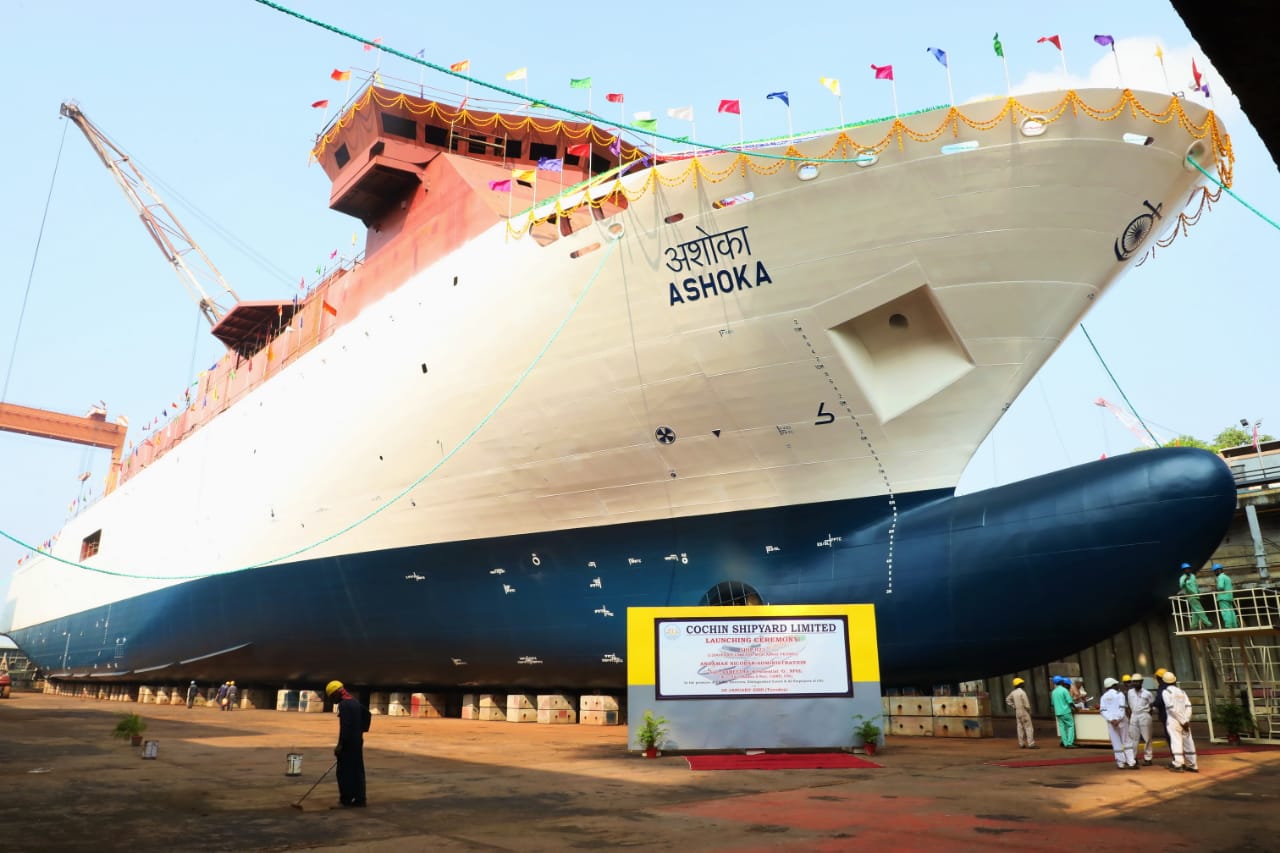