Eidesvik Offshore ASA ("Eidesvik") has been awarded a time charter with Siemens Gamesa Renewable Energy GmbH & Co. KG (“Siemens Gamesa”) for the SOV Acergy Viking. The contract will commence in direct continuation of the current contract extending the firm period until end January 2027.

Jan Fredrik Meling, CEO & President, commented: “Our relationship with Siemens Gamesa began in August 2016, and we are proud of the award effectively extending the relationship further to at least 2027. I view this as a significant compliment to the services provided by our personnel offshore as well as onshore. We are very pleased to again prove our ability to build long term relationships with our clients. This contract award underpins our ambitions in offshore wind and will further strengthen our position in this important and growing market.”

Simon Werner, Senior Fleet Manager at Siemens Gamesa comments: “We are pleased to extend our relationship with Eidesvik. With the upgrades included in the contract extension, Acergy Viking will be even better able to meet our operational demands and help us further increase efficiency in our Offshore Service operations, thereby enabling us to deliver enhanced value for our customers and achieve cost efficient wind energy solutions for everyone.”

Contract Award for PSV in UK​

Solstad Offshore ASA is pleased to announce that the PSV Sea Forth has been awarded a term contract with a UK Operator to support their assets in the UK North Sea, commencing April 1st, 2021.

The contract is for an initial one year firm period, with two optional years included.

Solstad Offshore ASA is pleased to announce four contract awards for three of its subsea construction vessels (CSV).
The two contracts for the CSV Normand Jarstein will be performed ahead of the previously announced contract with Ørsted at the Hornsea2 wind farm, ref. press release dated November 3rd, 2020, and as such the vessel will be fully utilized through 2021.

The Company has agreed a 6 month firm contract with additional options with GE Renewable Energy for the vessel "Siem Stingray", where the vessel will commence its contract in April 2021. This marks an important continuation of the strong commitment Siem Offshore has for serving the renewable energy segment, and we are pleased to see that our versatile high end vessels are preferred by a key operator like GE Renewable Energy. Since our entrance into the offshore wind segment, our fleet has contributed with over 200,000 personnel transfers offshore, making the Company a leading actor within this segment.

Eidesvik Offshore ASA has been awarded a time charter contract with Aker BP ASAfor the PSV Viking Prince. The contract is awarded under the current Frame Agreement for a drilling campaign indicated for a period up to 120 days, with commencement April 2021.

The DOF Group is pleased to announce that Skandi Kvitsøy has been awarded a long term contract in the North Sea by a multinational energy company. The charter contract will commence in 1st quarter 2021 for a duration of 1 year firm plus 2 x 1 year options. The Skandi Kvitsoy is a large modern PSV and the DOF Group is delighted to continue its partnership with a key longstanding UK client.

Solstad Offshore ASA ("Solstad") is pleased to announce that the company has signed a contract with MHI Vestas for hire of the CSV Normand Fortress to support their W2W operations at the Triton Knoll windfarm in UK. The firm period of the contract is 140 days plus options thereafter, commencing March 2021.

The contract is the first being awarded by MHI Vestas to Solstad and is considered a milestone in our work towards further enhance our presence within the worldwide offshore-wind markets. 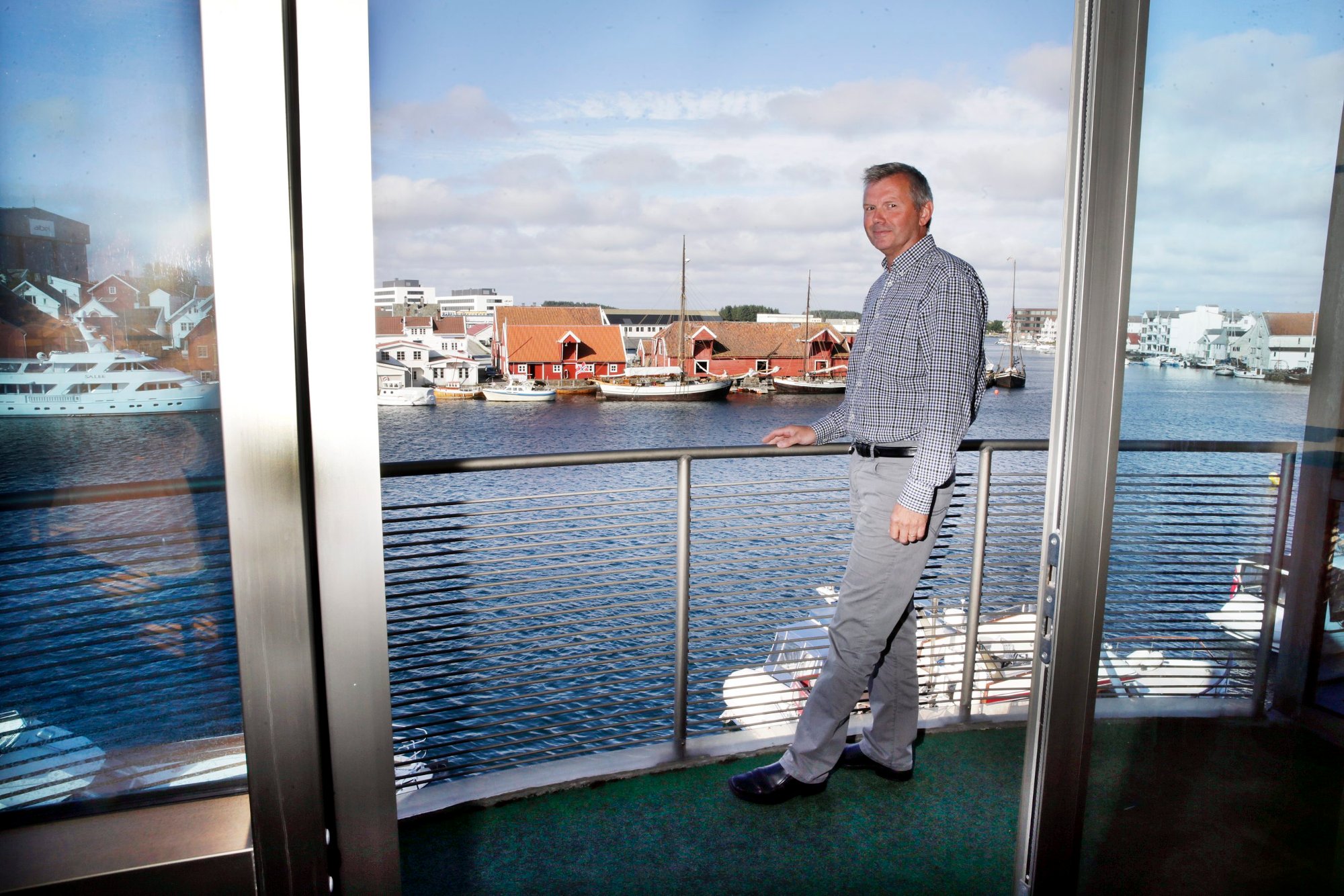 Solstad Offshore ASA ("Solstad") is pleased to announce a contract for the CSV Normand Cutter with Global Marine Group ("GMG"). Commencement of the contract is in March 2021, in direct continuation of current charter with GMG. Firm duration of the contract is 120 days plus 80 days options thereafter. In addition, GMG has the option to extend the contract for up to 200 days in 2022, exercisable

Siem Offshore and Seaway 7, the Renewables business unit of Subsea 7, have entered into a contract for an offshore wind project in the Far East. The project will utilize the offshore construction vessel "Siem Barracuda",currently mobilising to the area of operation, for a minimum period of 100 days,excluding options. As recently announced, the company has since its earlyentrance to the offshore wind segment contributed with over 200,000 personneltransfers at sea, which makes the company a leading player in this segment. SiemOffshore continues its strong commitment to the renewable energy segment and itis highly satisfactory to experience that our presence in the “mature” offshorewind markets elsewhere in the world now results in our organization being apreferred partner for our clients globally.

GC Rieber Shipping has agreed with DeepOcean BV to extend the charter of the
SURF vessel Polar Onyx until the end of May 2021.

The extended period will be in direct continuation of the ongoing charter in
Ghana, which started in January 2018

GC Rieber Shipping is pleased to announce a new charter for Polar Onyx in the North Sea for a Tier 1 subsea client. The charter will commence July 1[st], 2021 and holds a firm duration of three months, plus options.

Following completion of a successful and long-term employment of the Polar Onyx in West Africa we are now pleased to see the vessel returning to Europe for the first time since 2016. We look forward to servicing Polar Onyx's newest client, demonstrating the vessel's unique and advance capabilities", commented Christoffer Knudsen, CCO in GC Rieber Shipping.

Siem Offshore has been awarded a 2-month firm contract with options, excluding mobilization and demobilization, for the offshore subsea construction vessel "Siem Spearfish" for work outside West Africa.

The vessel has commenced its mobilization from Norway

Solstad Offshore ASA ("Solstad") is pleased to confirm that the large AHTS
Normand Ranger has been awarded a contract in Australia for commencement in 2Q 2021. The vessel will mobilise from Norway and will then provide support to a major drilling campaign offshore North Western Australia, securing about 1 year of utilization for the vessel.

During the drilling campaign, that also includes support from the Solstad AHTS Normand Saracen and Far Senator, the Normand Ranger will operate in connection with a moored semi-submersible drilling rig, with the base port being Dampier.

In addition, the PSV Far Seeker, has been awarded a contract by Santos Ltd. The vessel will support drilling activities offshore Timor Leste, operating predominantly from Darwin. The firm contractual period is approximately 6 months, with further options available to Santos, and is scheduled for commencement in April 2021.

CSV Normand Fortress has secured a contract with UK based contractor Manor Renewable Energy for operation on a UK wind farm. The contract is scheduled to commence in October 2021, in continuation of the former announced contract with MHI Vestas (reference made to press release dated Feb 1st), keeping the vessel fully utilized into 1Q 2022.

CSV Normand Mermaid has been awarded a contract with an international seabed seismic company. The vessel will be used for their deep-water Ocean Bottom Node baseline survey project offshore Angola. The project will commence in 2Q 2021.

Total E&P UK Limited / Total E&P North Sea UK Limited ("Total UK") has awarded Solstad a term contract for Normand Springer. The vessel will be utilised by Total UK to support their UK North Sea assets for a charter period lasting one year firm, plus a one year option. Commencement of this contract will be during the second half of March 2021.

In addition, Equinor UK Limited has awarded Solstad two contracts for PSVs for an upcoming drilling campaign in the UK North Sea. Normand Sitella and Sea Falcon have both been contracted on a one well firm basis, commencing within Q2 2021, to support the semi-submersible drilling rig West Hercules, with one option well thereafter.